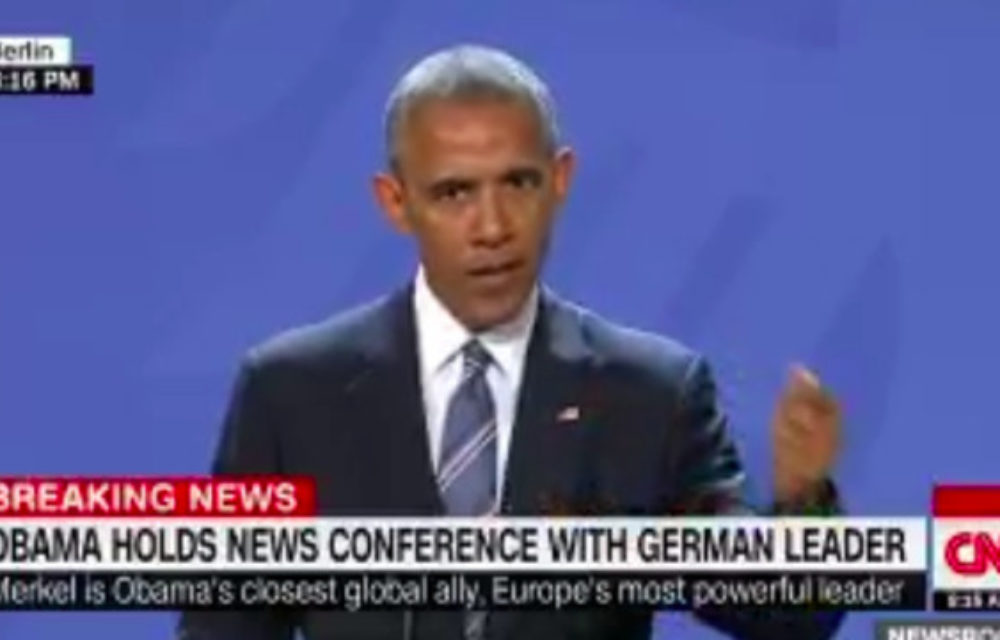 For over a week, Americans have been hoping that our current president, Barack Obama, would be willing to come out and say something about the protests that are taking place. It is a scary time for our nation. And now, more than ever, our nation needs to be brought together. There are so few people who have the voice, influence and power to make a difference. President Obama is one of those people. He has the power to help unify our country.

For the first time since his speech the day after Donald Trump became the next elected president, President Barack Obama spoke out. And he took that opportunity to help unify our country to further divide it. Those final seven words could not have spoken a louder or more clear message.

“I’ve been the subject of protests during the course of my eight years,” Obama said at a joint news conference with German Chancellor Angela Merkel on Thursday. “And I suspect that there’s not a president in our history that hasn’t been subject to these protests. So, I would not advise people who feel strongly or who are concerned about some of the issues that have been raised during the course of the campaign, I wouldn’t advise them to be silent.”

He took this opportunity to encourage the protests, riots and national dissonance. And while that bothers me, I can understand his stand. We have been given these constitutional rights for a reason. We have the right to speak out against things that we can’t agree with. And for those who feel strongly about these issues, they are ensured the right to stand up and speak.

But it is terribly disturbing for me to see individuals mock the sacrifices that have given them those rights. When the protesters are burning flags in anger, the irony is not lost. They are burning the flag that was carried by our soldiers. That flag is representative of the countless lives lost protecting our constitutional ideals.

Pres. Obama on election protesters: "I wouldn’t advise them to be silent… Democracy is hard work.” https://t.co/Z6quFPPZZw[2] pic.twitter.com/QOWpwgdmIu[3]