President Obama lives by the mantra of his friend Rahm Emanuel who insists that one should not let e serious crisis go to waste. Already, Obama has admitted that he intends to make “climate change” regulations a part of the secret trade agreement being crafted. The Gateway Pundit[1] reports: 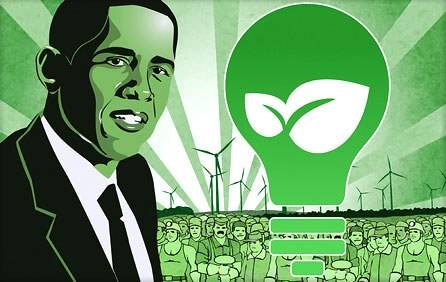 For some reason Republicans support this secretive bill that they haven’t read.

In an interview on NPR’s Marketplace[4] yesterday (June 3), President Obama said that enforcing climate change regulations will indeed be part of the Trans-Pacific Partnership, the Obamatrade pact that he is currently negotiating with Malaysia and 10 other countries.  He said:

If we want to solve something like climate change, which is one of my highest priorities, then I’ve got to be able to get into places like Malaysia, and say to them, this is in your interest. What leverage do I have to get them to stop deforestation? Well part of the leverage is if I’m in a trade relationship with them that allows me to raise standards.

In December, Obama will negotiate a multi-country climate agreement in Paris.  We already know from Obama’s joint announcement with China[5] that he will commit the United States to a huge reduction in carbon emissions of 26%-28% from 2005 levels, but he will let China, already a much larger carbon emitter, continue to expand its carbon emissions until 2030.

President Obama remains committed to the fictitious “problem” of “climate change” while, simultaneously, downplaying the danger of a radical religious zealotry that permeates much of the Middle East that threatens to wreak havoc and carnage upon Americans.

Me? I’m much more concerned about radicals abroad and radicals within the executive branch than I am about the natural rising and lowering of temperatures that have occurred for millions of years.