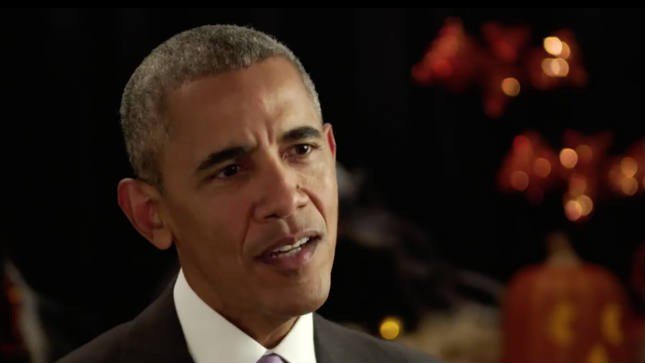 Barack Obama has come out and explained his feelings on the scandal surrounding Hillary Clinton. He claims he did not want to appear to be interceding with the justice process. Saying, “Well, you know, I’ve made a very deliberate effort to make sure that I don’t look like I’m meddling in what are supposed to be independent processes for making these assessments…”

The interviewer explained that many millennial young adults are unwilling to vote for Hillary Clinton given the scandal and investigations surrounding her campaign. This has become especially true as the investigation of Hillary Clinton has been reopened in the last week. Just one week away from the election, this is proving to be one of the most depressing elections.

President Barack Obama responds in a way that is particularly offensive to me, as a millennial voter. He dismisses these concerns as being the fears of inexperienced voters who think that this is a big deal when it really is not.

Please enlighten me then, Mr. President, as to what qualifies as a big deal. We are likely going to see a woman in office that is being investigated by the Federal Bureau of Investigation. This is a re-opened case. Even through all the corruption and meddling that I am certain was done by Hillary Clinton and her staff. This is still being reopened. And I am supposed to believe I am just too naive and idealistic to get behind this woman??

Give me a break. The disregard for morality and idealism is exactly what procured these two candidates. And yet, I am the one looking at this the wrong way?

In my opinion, we all need to take a step back and ask ourselves,

And how do we get somewhere else???

So, in response to this statement by our president, I say this:

With all due respect, I refuse to accept your thinly veiled justification for the corruption that has and will continue to endanger the moral, physical, economic and social structure of the country that I intend to teach my children to love. I refuse to accept that this is “just the way things are.” I intend to do my very best to provide a country that is held together by honesty, hard work, morals and integrity, rather than a country barely being held together by lies and scandal.

I refuse to accept that Hillary Clinton is the best that America has to offer.

I refuse to discredit the nation that so many have sacrificed for by endorsing her to lead it.

We spoke with President Obama about the FBI’s recent investigation into emails related to Hillary Clinton pic.twitter.com/3ivMp2TfVi[2]