Obama caught in a lie-AGAIN: Sony did contact White House prior to pulling The Interview from theaters 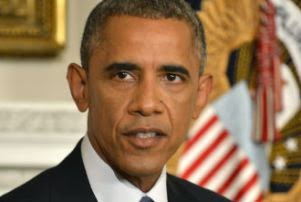 As if we needed more proof that President Obama is a pathological liar, he proved again yesterday when he said he wished Sony Pictures has contacted him prior to decide to pull the screening of The Interview.

Deadline[2] reports UPDATED: Sony CEO Michael Lynton[3] further contradicted President Obama[4]’s criticism that Sony had “made a mistake” in handling the release of The Interview[5] in his full sit-down with CNN on Friday.

Obama said today that the studio did not come to him for help[6] when cyberterrorists crippled the studio in a November hacking attack ordered by North Korea, but Lynton said the President was the mistaken one[7]. “We definitely spoke to a senior advisor in the White House to talk about the situation,” he confirmed. “The White House was certainly aware of the situation.”