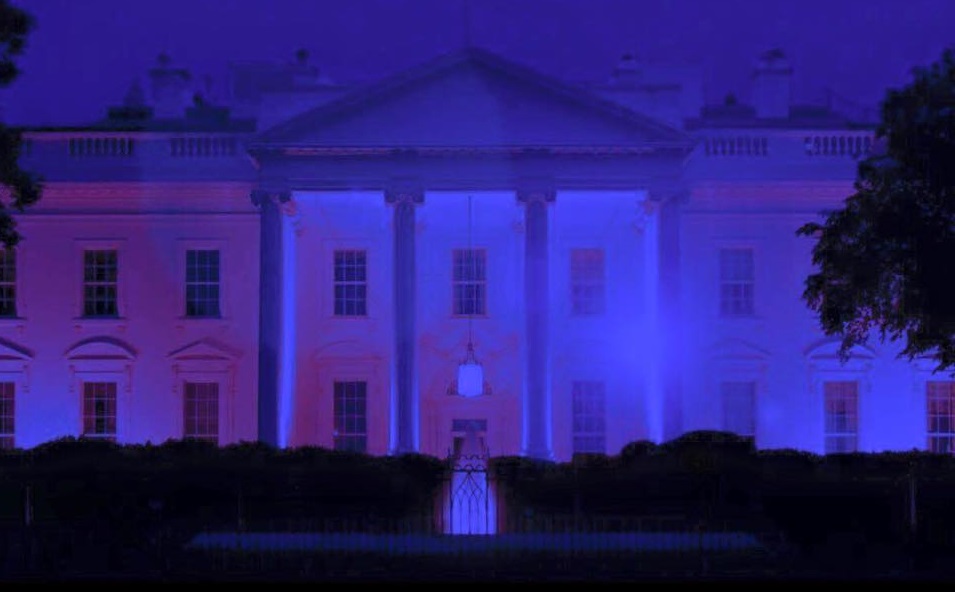 This is sickening. After Dallas, Police Departments asked for the White House to be lit in blue to honor our fallen heroes. They were denied. Now following the killing of our Baton Rouge Officers, they have asked again.

Just to be denied a second time.

Obama is no longer even trying to hide his disdain for America and her heroes. IMPEACH HIM NOW! 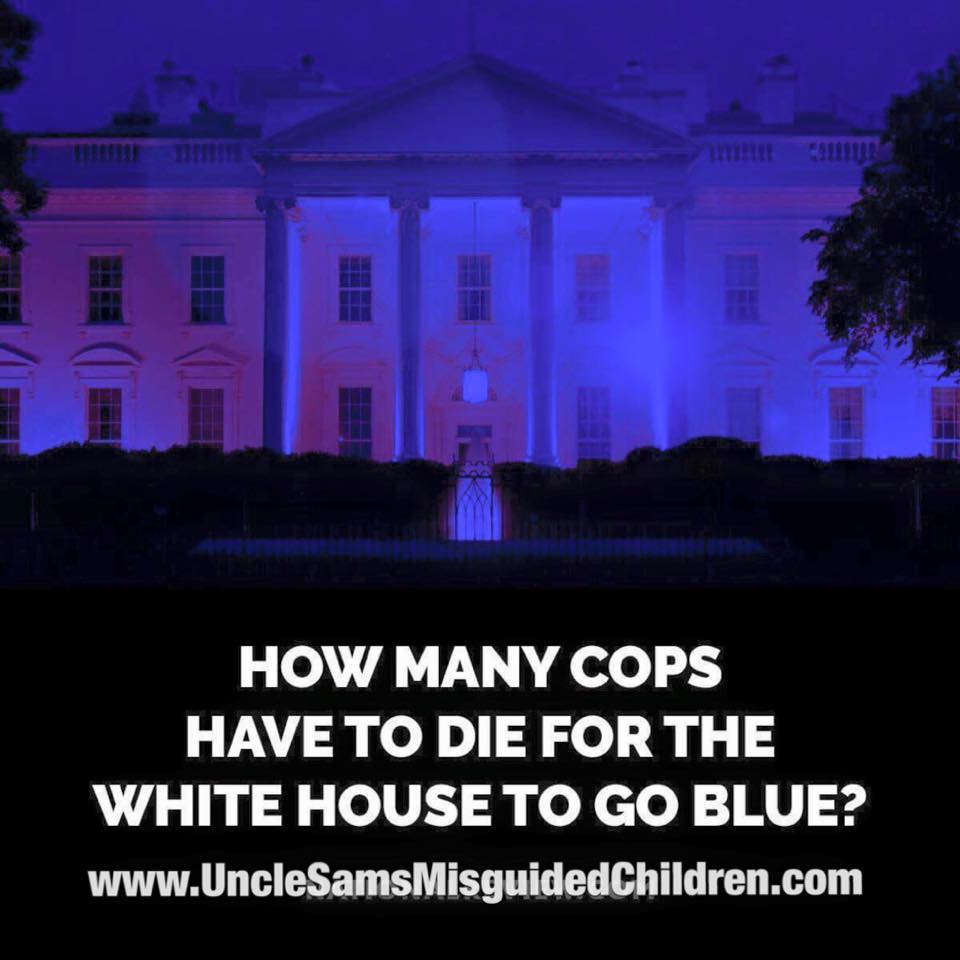 President Obama loves picking-and-choosing what Americans he will support. He celebrated when homosexuals successfully accomplished their adulteration of the definition of marriage by illuminating the White House in rainbow colors – a flag that represents division and hatred against Christians and secular opponents of same-sex marriage. When police officers requested Obama prove his supposed solidarity with police officers who are being gunned-down thanks to zealots inspired in part by his and others’ divisive rhetoric, the Obama Administration refused and gave a pathetically-thin rationale.

From Young Conservatives:
We saw the White House light up in rainbow colors hours after the Supreme Court unconstitutionally declared same-sex marriage legal.

That’s part of the Obama agenda.

The people’s house was also lit up in pink for breast cancer awareness.

However, when five cops were slain in Dallas by a radical racist Black Lives Matter supporter, the White House did nothing.

From Independent Journal Review:
Today, Obama spokesman Josh Earnest said the White House would not light up the facade in blue to celebrate the lives of the five fallen police officers in Dallas:

“I can tell you that’s not something we plan to do at this point.”

On Friday, Jon Adler, president of the Federal Law Enforcement Officers Association, in a statement formally asked the White House to consider this public show of support for the fallen officers, and for law enforcement in general, following the ambush shooting deaths of five officers in Dallas:

“While we appreciate the President’s proclamation to have our flag flown at half-mast in honor of our fallen Dallas police heroes, I respectfully request that he demonstrate his full respect for their ultimate sacrifice by illuminating the White House in blue.

Actions speak louder than scripted words, and the honorable act of displaying law enforcement’s ‘Thin Blue Line’ at the White House would demonstrate the President’s sincere commitment to our fallen heroes and their families.”

Today, the White House said the action wasn’t necessary, and that the president had already adequately displayed his support:

“The president has chosen to acknowledge this loss and pay tribute to these heroes in a variety of other ways, including: ordering flags lowered to half staff, traveling to Dallas to speak at the memorial service and spending a substantial amount of time after the service visiting with the families of those who were lost.”

You see, the left maintains a book of victims. To liberals, blacks, women, Hispanics, homosexuals and many others will always be the perpetual victims. Those who are being slaughtered for protecting their communities, however, are not “in” right now as far as victims go.