Obama You Asshat! Guess Who He Just Released From Gitmo? Here’s a Hint…BOOM!

I’m not sure you will even believe what I have to tell you… Obama has released yet ANOTHER “HIGH RISK” threat to Americans! This time, it’s one that SPECIALIZES in a certain set of skills[1]…a set of skills that could KILL Americans by the hundreds! 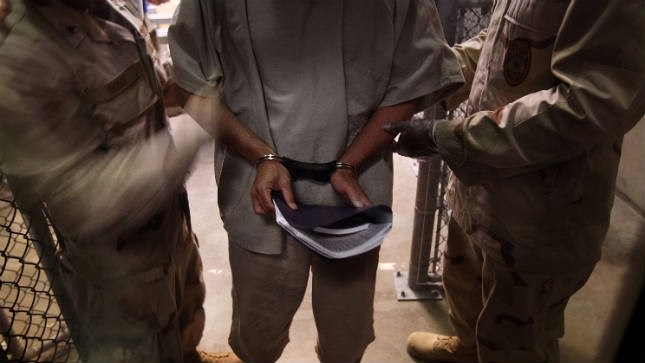 Sixteen prisoners have been released from Guantanamo Bay since the beginning of the year as part of President Obama’s promised Gitmo cleansing. But like so many others before, there is something interesting about one of the last two released: he was an EXPERT bomb maker for Al Qaeda.

The president has continually assured that these detainees won’t make it back to the battleground, yet that hasn’t been the case. There are plenty of examples of large numbers joining the Islamic State and other Syrian terror groups after release. Some became leaders of terror groups, as did Ibrahim Qosi who is now a leader of Al Qaeda in Yemen.

But there’s probably no need to worry about this bomb maker. As is pointed at over at RedState, Tariq Mahmoud Ahmed al-Sawah previously specialized in IEDs and all sorts of exploding mayhem. His file indicated that his devices helped to sink US naval vessels, as well as served as the prototype for the shoe-bomb. The federal government is confident, however, that his cooperation with demands upon his release ensures he will not associate with an extremist group.

If I didn’t know any better I’d say Obama…is actually just Satan’s human form. How can this man release these prisoners that are proven to be dangerous to Americans, and still have the audacity to say they won’t make it back to the battlefield? Com’on! Last week he released one that said POINT BLANK ‘If I get out of prison, I’m going to kill Americans’ then late last week he releases other ‘high risk’ prisoners that NEVER went back to the middle-east…NO, THEY ARE HERE, in America, living with family! What the hell is Obama talking about…they won’t make it back to the battlefield, they ARE the battlefield. Just prepare…there is no time better to be a “prepper” then now.