The man who created the famous “Hope” poster for President Obama in 2008, is a little disappointed by the President’s track record so far. In fact, he says Obama has failed to live up to the iconic image. Artist Shepard Fairey had harsh words for the President, and the American public[1]. 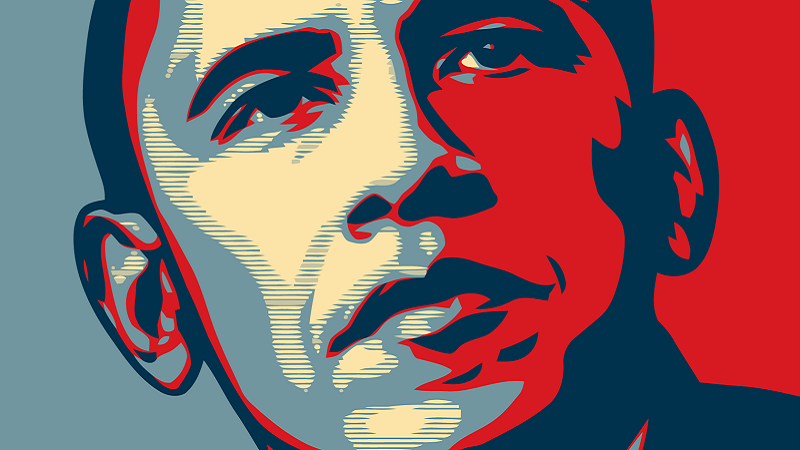 Almost seven years after the famous Barack Obama ‘Hope’ poster was first revealed, the artist behind the iconic image believes the president hasn’t come close to living up to his expectations.

Shepard Fairey said he was shocked Obama would support drones and domestic spying and that he thinks the president has lacked courage during his time in office.

But Fairey, 45, also believes Obama has ‘had a really tough time’ in the White House.

‘I think he finds himself in a position where your actions are largely dictated by things out of your control,’ the American street artist told Esquire…

Fairey believes much of the country is ‘uneducated and complacent’, calling out people who blamed Obama for things but didn’t make it to the ballot box in the first place.

‘There’s a lot of finger pointing,’ he said.

Let me summarize: Fairey is upset with Obama, because The One has failed to be a liberal as promised. Furthermore, the liberal street artist is a little irritated with the general public, because we’re too lazy and stupid to vote in more liberals like Obama. (After all, those mean Republicans are the ones who are holding the President back, right?)

I guess the expectations for Obama were just way too high for a Chicago politician to live up to.