Obama is ‘For ISIS’ Because He Fights Republicans on Refugees 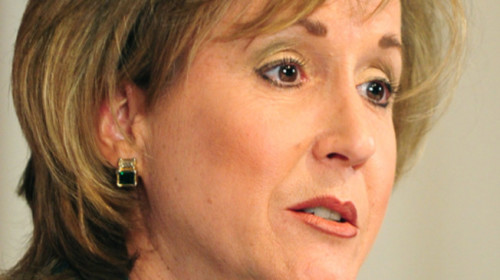 Obama is seriously out of touch [2]with the Americans when it comes to the “Refugees”. He insists on attempting to bring thousands of unvetted or barely vetted Syrians to our nation. We can all see how well that unchecked flow of people worked out for France, Britain, Germany and Sweden among others. Do you agree with Rep. Wagner?

Republican Congresswoman Ann Wagner said this week that when President Obama picked a fight with the GOP over refugees, he was standing up for ISIS.

During a radio interview this week, Wagner said the president’s comments about refugees––mocking Republican concerns and calling their rhetoric a potent ISIS recruitment too¬¬”disgusting” and “an absolute disgrace.”

She said, “He decided to pick a fight, stand up for ISIS, and stand up against the side of freedom.”

Wagner noted that it wasn’t just Republicans expressing concerns about refugees, but Democrats too. In fact, 47 Democrats joined with Republicans to vote for legislation to boost refugee screening procedures.

When a nation’s Commander in Chief advocates for conditions that endanger citizens, then that CiC has shown his utter incompetence. He cannot even understand the most basic threat level. ISIS has shown it will do whatever it takes to bring down Western Civilization including infiltrating the refugee flow. Apparently our President does not think that’s a big deal.