What Obama Just Named This Warship Will Make You FURIOUS!

The U.S. has a long, proud history of naming vessels after some of our strongest leaders and military heroes. However, though we have many such heroes, the Obama Administration has shamefully decided to go a different route and honor a fellow leftist politician.[1] 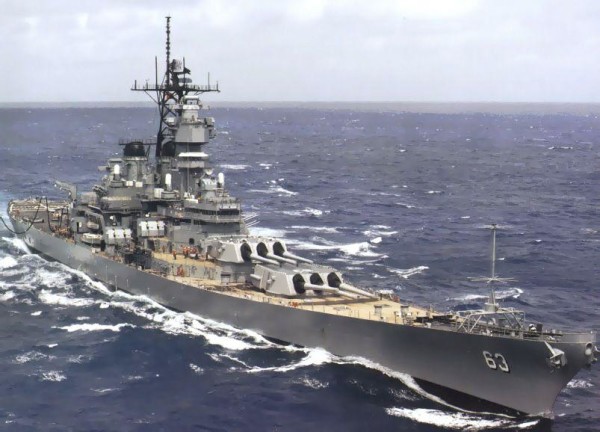 In a move that ignores both tradition and the rules in order to push a far left agenda, the Obama administration is breaking protocol by naming a U.S. warship after a left-wing politician and liberal activist.

Navy Secretary Ray Mabus announced they will name the Arleigh Burke-class guided-missile destroyer after liberal politician Carl Levin, a Michigan senator who recently retired from politics after a 31-year career.

Nearly 200 Navy and Marine Corps Medal of Honor recipients were overlooked in favor of Sen. Levin who never served in the military, thus ignoring naval guidelines and tradition.

Republicans upset over the decision noted Senator Levin served on the very committee that gutted the Navy. In fact, Levin worked to initiate a reduction of the U.S. military. The drawdown was so successful that American military leaders say the United States can no longer fight a war on two fronts, a goal that has been a key part of U.S. security strategy since WWII.

A spokesman for Navy Secretary Marbus said the ship was named after an “American hero” in Senator Levin.

However, honoring Senator Levin doesn’t conform to Navy Secretary Mabus’ own guidelines he issued in 2012 titled, “Policies and Practices of the U.S. Navy for Naming the Vessels of the Navy.”

According to The Washington Times[3], the ship newly named after the liberal politician is the only such ship — aside from the Winston Churchill — that doesn’t conform to the guidelines. “Most Arleigh Burke honorees are naval war heroes,” wrote the Times. “A significant number earned the Medal of Honor. There are several Navy secretaries.”

Representative Duncan Hunter, R-Calif., is one member of Congress unhappy over the breach of guidelines. Hunter, a Marine Corps veteran, sent a letter[4] to the Navy Secretary asking why he didn’t follow his own rules in naming the ship.

“I would like an explanation as to how this decision properly reflects Navy ship-naming rules,” Hunter wrote. He added, “It is important that the Navy adhere to its own ship-naming rules and take every effort necessary to avoid politicization of this process.”

Hunter was also a critic of Secretary Marbus’ move to name a U.S. warship after union activist César Chavez — another liberal activist who never served in the military.

Did the Obama Administration not realize that they have several Medal of Honor winners that have been personally decorated by Obama himself?

How about a USS Dakota Meyer? How about USS Florent Groberg?

Maybe we should praise Obama for not naming it what he would truly like to name it: the USS Che Guevara.