This is sickening! Add this to the billion reasons Obama should be impeached. He is supposed to be the head of the military, but instead of leading them to victory, he tears them down one by one. Obama spits on their graves by ignoring their death, he had to be prodded by a reporter to bring it up! Does he have no soul?![1] 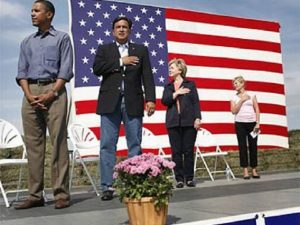 “I can tell you the president has been briefed on this incident, and everyone here at the White House, including the first family, extends our condolences to the family of the service member that was killed today in northern Iraq,” Earnest then said.

He added, “This individual was the third U.S service member killed in action since the beginning of Operation Inherent Resolve, and this service member’s death reminds us of the risks our brave men and women in uniform face every single day.”

According to Townhall, the discussion then pivoted toward the president’s refusal to classify the role of U.S. troops in Iraq as combat. Defense Secretary Ash Carter reportedly announced Keating’s death as a “combat death,” yet Earnest again tried to paint another narrative when called out about this.

“Today’s incident is a vivid reminder of the risks our service members are taking and some of them, three of them now, have made the ultimate sacrifice for our country — but the president has been clear, time and time again, exactly what their mission is,” he said.

He added, “That mission is to support Iraqi forces on the ground who are taking the fight to ISIL on the front lines.”

So not only did Obama say nothing about Keating’s death, but his press secretary then waited until reporters brought it up to talk about it — after which he rambled off a bunch of excuses about how the U.S. was not at war with the Islamic State group.

Barrack Obamas disdain for the military must stem from his hatred for America, why else is he running it into the ground? 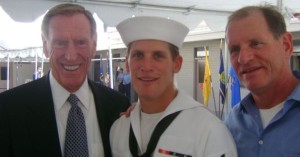