President Obama.  Criticizing Kenya over gay marriage one day. Giving Iran – which executes people for being gay – a $100 billion the next[1]… 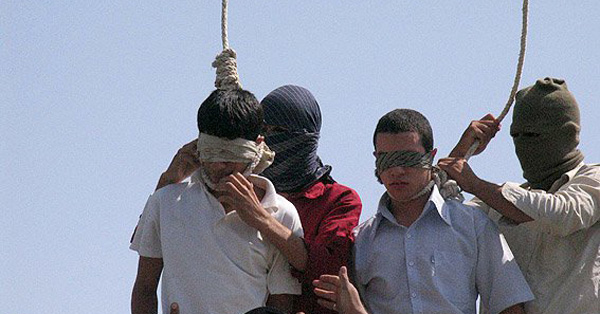 Iranian gay teens Mahmoud Asgari and Ayaz Marhoni being prepared for execution by hanging in 2005.

This is the same President Obama who says that there is no good reason to oppose the Iran deal.  Here, in fact, are two good reasons.