Obama must show proof of his claim Iranian Supreme has issued a Fatwa against Nuclear weapons, Otherwise is just another Obama Lie 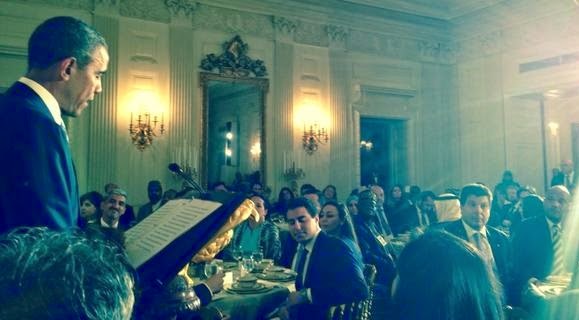 I think Obama[1] is lying through his teeth as he’s been quite capable of doing throughout his presidency. But, in this situation he cannot tell a bigger lie as he greases the wheels for Iran to develop nuclear weapons.

Weekly Standard[2] reports in his annual statement[3] marking the Persian new year, President Obama said he believes that Iran and the U.S. “should be able” to resolve the dispute over the mullahs’ nuclear program “peacefully, with diplomacy.”

With his very next words, Obama said the following: “Iran’s Supreme Leader Ayatollah Khamenei has issued a fatwa against the development of nuclear weapons, and President Rouhani has said that Iran would never develop a nuclear weapon.”

Of course, the existence of Khamenei’s alleged fatwa is hotly disputed. If the president is so confident it exists, then his administration should be able to produce a copy of the fatwa, revealing when it was written and what it says. The Washington Post’s fact checker went looking for the fatwa in November 2013[4], as administration officials were citing it at the time, and couldn’t find it.

The Iranians are well aware of the controversy over Khamenei’s supposed declaration. They have countered by pointing to Khamenei’s public statements, in which he has said that Iran considers “the use of such weapons as haram (religiously forbidden).” In 2013, USA Today’s Oren Dorell reported[5] that Iran’s press office at the United Nations cited one of Khamenei’s speeches in 2006 as evidence that the fatwa was real. With respect to building nuclear weapons, Khamenei said, “any benefit would not be worth the cost.”

If this fatwa existed it would have been produced long ago. But, even if it did existed the Koran teaches Muslims to use deception and lies to defeat their enemies. Iran cannot be trusted under any circumstances. And Obaama is too arrogant to understand that.