Obama Has Proven Taking Americans Prisoner Is Profitable, Now 3 More Have Been Kidnapped…GUESS What He’s Doing!

Not once, but TWICE Obama’s cowardice ways of handling foreign affairs has proven to the wrong people that taking Americans Prisoner is in fact….PROFITABLE[1]! They don’t fear taking Americans any longer, because under Obama’s term, it’s a paycheck. Now 3 MORE Americans have been kidnapped… 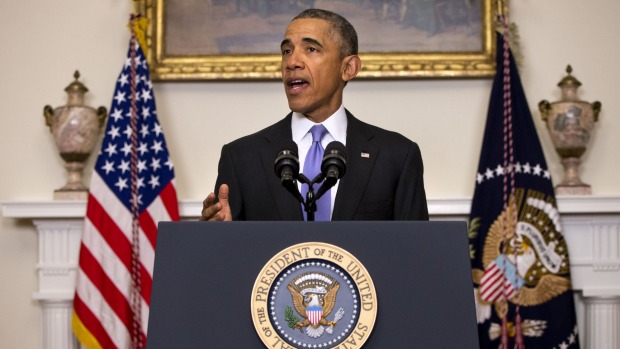 President Obama has now proven twice to our enemies in the Middle East that the United States will pay handsomely for the return of its citizens. Of course there was the terrible prisoner swap for Bowe Bergdahl, where Obama traded five senior Taliban terrorists for one gawky deserter named Bowe Bergdahl.

Then this week, President Obama traded seven Iranians accused of sanctions violations plus $1.7 billion ($400 million debt and $1.3 billion in interest dating to the Islamic revolution), for four Americans.

Clearly the message we’re sending is taking Americans prisoner is profitable. So what can you expect? Exactly. More of the same.

According to the Daily Mail, yesterday The U.S. embassy in Iraq confirmed that several Americans have been kidnapped from the capital city of Baghdad.

Officials at the embassy said they were ‘working in full cooperation with Iraqi authorities to locate the missing Americans’, though gave no further details.

The confirmation comes after Arab news channel Al-Arabiya reported that three contractors had been kidnapped by local militia.

According to the station, sources in the Iraqi capital city told reporters that the trio were abducted in the southern neighborhood of Dora on Sunday.

They were believed to have been with an interpreter, who has also been captured, reports suggest. Their identities and the reason they are in Iraq is not known.

John Kirby, State Department told Daily Mail Online: ‘We are aware of reports that American citizens are missing in Iraq.

There were no immediate claims of responsibility for the kidnapping. Kidnappings in Iraq have been carried out by ISIS, Shiite militias and criminal gangs often demanding ransom payments or seeking to resolve workplace disputes.

Kind of a coincidence that it’s possibly Shiite militia (sponsored by Iran) who would kidnap Americans a day or so after a $1.7 billion payoff?

Obama’s actions during his reign of destruction on America…show so obviously his disregard for her safety. So, what is it exactly that we are WAITING for! Will nothing be done until he raises the ISIS flag over the White House? The reality of what Obama has been allowed to do to our Country, without serious consequence to him…is inconceivable. It’s wrong.