Obama Quietly Disperses 81,000 Illegal Alien Children All Over the US

There has been a huge serge in unaccompanied minors entering the country illegally[1] over the past couple years, in fact, it’s been more than 81,000. Now a HHS report has revealed information on these minors that may SHOCK you… 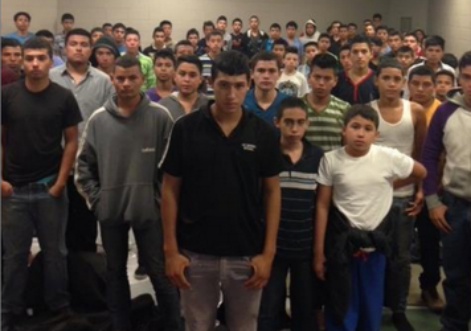 As the HHS data reveals, most of these unaccompanied minors have been relocated to states around the U.S.

Unaccompanied minors from noncontiguous counties are granted special protections, including a court hearing and access to the U.S. under the care of a sponsor while they await those hearing. The government places the vast majority of these unaccompanied children with a relative in the U.S.

“When a child who is not accompanied by a parent or legal guardian is apprehended by immigration authorities, the child is transferred to the care and custody of the Office of Refugee Resettlement (ORR),” HHS explains. “Federal law requires that ORR feed, shelter, and provide medical care for unaccompanied children until it is able to release them to safe settings with sponsors (usually family members), while they await immigration proceedings. These sponsors live in many states.”

Notably, HHS officials have testified before Congress that the government does not verify the immigration status of the sponsors with whom they place the minors. The vast majority of minors are placed with family members.

Grooming future Democratic voters….especially if Obama gets his way with immigration. Dems are patient…if it can not happen now, they will plan for later. By then…they will have all the voters they need becoming citizens.