Obama Reportedly Pushing to Replace the Bald Eagle With THIS

I’ve had just about enough of the “Obama-fication[1]” of America. I can handle changing the face of the $20 bill, but this is just absurd! 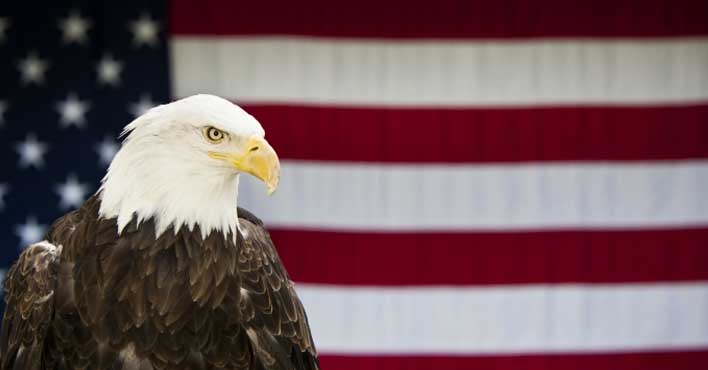 First it was the $20 bill, now President Barack Obama is ready to replace the bald eagle, which has been America’s national animal and mascot for 234 years!

The National Bison Legacy Act, which is expected to pass in the United State Senate, would denote the bison as America’s national mammal and a “historical symbol of the United States.”

This means that while the bald eagle can still represent America, it will no longer be the only animal to do so.

It’s now up to the president to sign the legislation, which would officially put the behemoth animals on an equal level with the Bald Eagle, which is the nation’s official bird.

Millions of bison used to roam the Great Plains, though populations were decimated during the Indian Wars to deprive Native Americans of their food sources, according to the U.S. Fish and Wildlife Service. Today, bison populations have rebounded, but never come close to amassing their former numbers.

Designating the bison as the national mammal, recognizes the important role the animals have played in the story of our nation, Keith Aune, Wildlife Conservation Society Senior Conservationist and Bison Program Coordinator, said in a statement.

“The passage of this bill not only recognizes the historic significance of bison but signals the beginning of a grand American adventure to carry out ecological, economic and cultural restoration of American bison into the future,” Aune said.

I can respect the bison. It’s a beautiful and delicious animal. But should it replace the Bald Eagle as the face of America? I don’t think so.