Parents of a Navy SEAL, a true American Hero,have issued an open letter to President Obama after recent events in Iraq and the beheading of Americans by ISIS.[1] 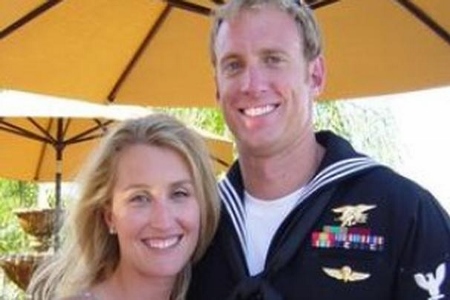 The parents explained in the letter their son was killed when a CH47D Chinook carrying 30 Americans and eight Afghans was shot down in the Tangi River Valley of Afghanistan on Aug. 6, 2011.

“Aaron Vaughn was a man who possessed the courage to acknowledge evil. And evil, once truly acknowledged, demands response. Perhaps this is why so few are willing to look it in the eye. It is much simpler — much safer — to look the other way,” the letter said.

“As commander-in-chief, your actions — or lack thereof — Mr. President, cost lives,” the letter continued. “As you bumble about in your golf cart, slapping on a happy face and fist-pounding your buddies, your cowardly lack of leadership has left a gaping hole — not only in America’s security — but the security of the entire globe. Your message has come across loud and clear, sir: You are not up to this job. You know it. We know it. The world knows it.”

“And now, we have this recent, heinous event: the beheading of an American citizen by a barbaric organization you foolishly referred to as ‘the JV team’ in your statements to the New Yorker magazine in January,” the letter added. “You, sir, are the JV team. It’s time for you to step down and allow a true leader to restore our honor and protect our sons and daughters.”

The letter said that Obama “demolished our ability to hold the trust of allies,” and faulted his administration for intelligence leaks and making the “Taliban five” prisoner swap without notifying Congress.

“Never in my lifetime have I witnessed such despair and such growing fear that the world’s last best hope, America, has finally been dismantled,” the letter said, and added, “Come to think of it, it’s become difficult — if not impossible — to believe things haven’t gone exactly as you planned, Mr. President.”

These parents are serious about honoring the memory of their son, as they should be. They deserve outrage. They deserve justice. Their grief was hijacked by a joke of a leader, who takes nothing but his golf game seriously. The world deserves to hear the stories of these fallen heroes. You are honored here, Aaron Vaughn. Thank you for sacrificing for our freedoms. You gave all for freedom and America. May you rest in peace.