What a BRILLIANT strategy! No..no it’s not, that was sarcasm… How does releasing terrorists BACK into a life of terrorizing make ANY strides towards ridding ourselves of Terrorism?[1] Well…that’s what he says is part of a bigger plan to do just that…check it out for yourself. 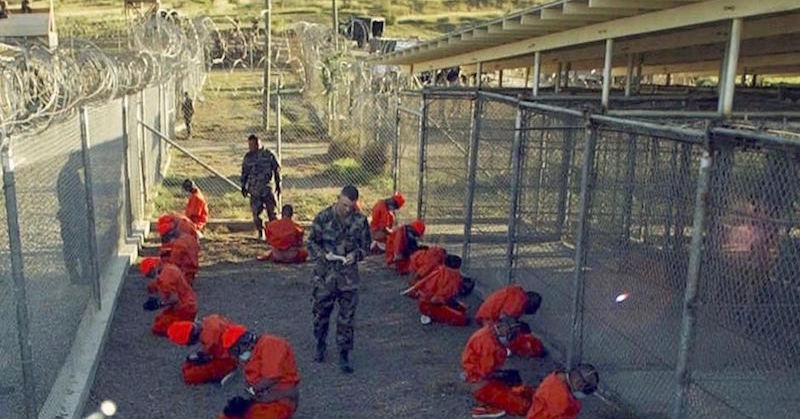 Because the idea that releasing terrorists could be part of an anti-terrorism strategy seems counterintuitive at best and incredibly and dangerously stupid at worst, some may think Obama’s plan is incredibly idiotic.

But it’s not, he assures us. It’s all part of a big plan to make America safer. Or something.

Of the near-800 people who have passed through the doors of the Guantanamo Bay Detention Facility, almost as many have subsequently been released. Only 107 remain.

Three years ago, the Director of National Intelligence admitted that almost one in three suspects released from Gitmo have returned to a life of terrorism.

So of the 668 who were released as part of Barack Obama’s “anti-terrorism strategy,” here’s a list of those who actually have returned to a life of terrorism. This list is not complete – in fact, it’s probably double. It only includes former prisoners we know have gone back to a life of terrorism that I could access.

This is Obama’s strategy, release terrorists who we know will return to planning and staging attacks on the world, on Europe, on us.

Clearly, it’s a strategy too nuanced for ignorant Republicans – and the rest of America, for that matter, to comprehend.

He just doesn’t care about America or Americans, and it’s sickening.