Obama: It’s SEXIST Not to Vote for Clinton! [VIDEO]

What is it with liberal lunatics and their love for putting a label on people? Of course, if they see anyone else doing remotely the same thing, it’s absolutely unacceptable. Then they turn around and continue to do it themselves…like Obama has just done, again. 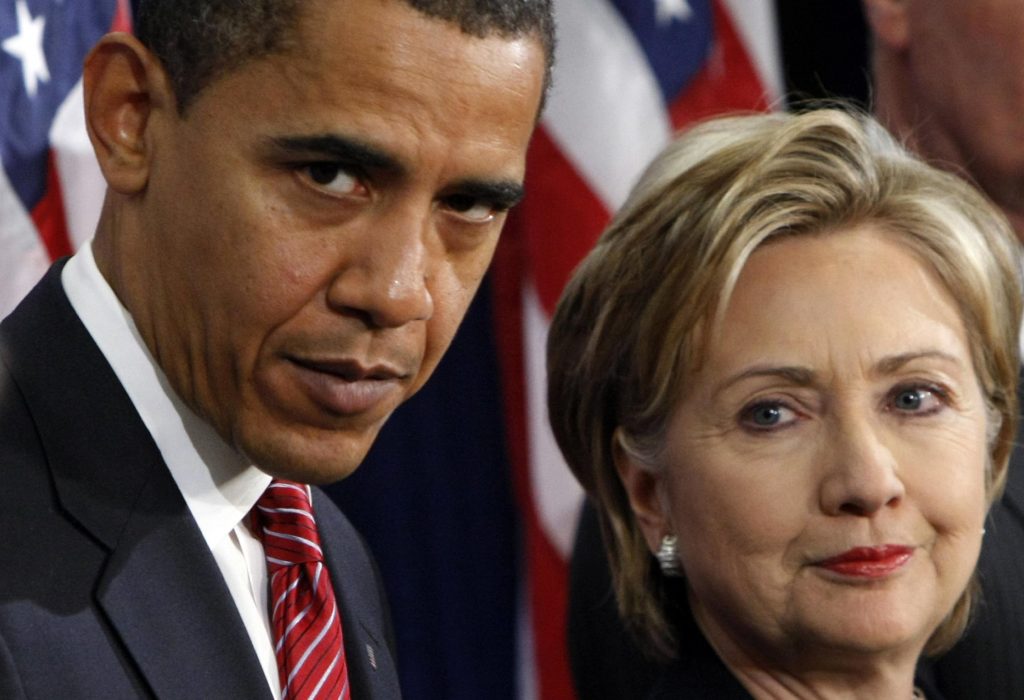 Apparently, if you’re not voting for Hillary and you’re a man, it’s because you’re sexist.

Yes, that feeling balling up inside your chest that makes you want to punch your screen…that’s frustration over the absolute idiocy coming out from the mouth of this failed President.

It was just this past Tuesday that Barack Obama stood up to speak out in support of Hillary and asked men to own up to a fact, that they are the very reason why the White House race is going down to the wire.

Not because these “men” are intelligent enough to recognize her corrupt self, lack of leadership skills, greed for money and power, betrayal or outright danger that she is to our country.

But because Hillary’s a woman and men are sexist.

What an insult. I mean… WHAT AN INSULT! The woman is obviously POISON and Obama chooses to back them into a wall and try to bully them into voting for Hillary because their manhood is at risk!?

This speech that Obama gave, he gave no time for discussing the new FBI investigation into Clinton and her scandalous emails, nor did he have any interest in talking about the corruption going on in the Clinton Foundation.

He was there to focus on gender.

“To the guys out there, I want to be honest. You know, there’s a reason why we haven’t had a woman president before,” Obama said.

“And we have to ask ourselves, as men — because I hope my daughters are going to be able to achieve anything they want to achieve, and I know that my wife is not just my equal but my superior,” he continued.

“I want every man out there who’s voting to kind of look inside yourself and ask yourself, if you’re having problems with this stuff, how much of it is that we’re just not used to it,” Obama said.

“So that, like, when a guy is ambitious and out in the public arena and working hard, well, that’s OK, but when a woman suddenly does it, suddenly you’re all like, ‘Well, why is she doing that?’” he added.

Obama insisted that gender is the only reason “Hillary Clinton is consistently treated differently than just about any other candidate I see out there.”

Hillary is consistently treated differently than other candidates out there.

If that’s true it’s only because she is the FIRST candidate to be under investigation by the FBI not once, or twice, but numerous times during her run for President. Her camp has been exposed for fraud and her husband for well… you know.

So, stop calling American men sexist, Obama. You’re only making yourself look even more like an ass, when we didn’t think it possible.

Needless to say, keyboard warriors were right on time with their response…and some of these are really awesome.

This is pathetic but so predictable. Poor Hillary, innocent victim of malicious sexism.If Obama thinks that why’d he get in her way in 2008? https://t.co/lQYS2EzK6W[2]

Obama: men are sexist if they don't vote for Hillary. But not 8 years ago when they were voting for you?

Or maybe it's because of this … pic.twitter.com/kHDbk92Cwx[4]

“This notion that it’s somehow hard to choose? It shouldn’t be,” he said.

You’re right Obama. It’s not hard to choose when it’s between the spawn of Satan and Trump.