Obama Spending $20,000 of YOUR Money to Settle EACH of His Refugees

Here’s the problem, taxpayers who pay into federal taxes are on the hook for just about $20,000 per refugee and that’s for them to be immediately eligible for cash welfare, food stamps, housing and medical aid, according to a report released on the “refugee industry”. This is what that would mean for the taxpayer…[1] 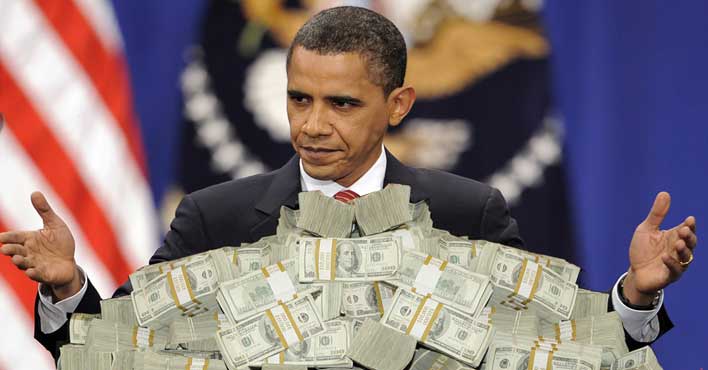 The report from the Negative Population Growth Inc. said that the U.S. is currently accepting about 95,000 refugees and asylees. That is in addition to the over 500,000 legal and illegal immigrants coming to the U.S.

The Bureau of Population, Refugees, and Migration (PRM), in the State Department, supports a major share of United Nations High Commissioner for Refugees’ budget. In FY2014 this support came to $1.28 billion, making the U.S. by far the largest donor to the UNHCR. Some of this money is supposedly used to expand the capacity of countries outside the U.S. to absorb refugees – potentially reducing the share of refugees coming to the U.S. Despite this, more refugees come to the U.S. than to the rest of the world combined: 67% of UNHCR-referred refugees settled in the U.S. in 2014.

The Office of Refugee Resettlement (ORR), a part of the U.S. Department of Health and Human Services (DHHS), enrolls refugees in a broad range of welfare programs – for which refugees automatically qualify after 30 days. ORR spent about $609 million in FY2015. Nearly half of this goes to states and voluntary resettlement agencies to help defray cash, medical assistance, and employment-related assistance for newly arrived refugees. The balance funds formula grants to states and NGOs for English language and employment-related training and the Unaccompanied Alien Children Program.

Once settled, the refugees are eligible for further federal support and most take it, said the report.

In essence, people do not want to fight for their own country so they come here, where our veterans fought for ours. The money that should be going to pay for our veterans, that they have EARNED, is essentially going to those that have yet to earn it.

This kind of thinking makes sense, if you’re a liberal.