At a press conference Thursday at the G-7 summit in Japan, President Obama spoke with the press and stated that the world is “rattled” by Donald Trump being the presumptive Republican Party presidential nominee[1]. His opinion was followed up with a question that he just wasn’t excited to get. 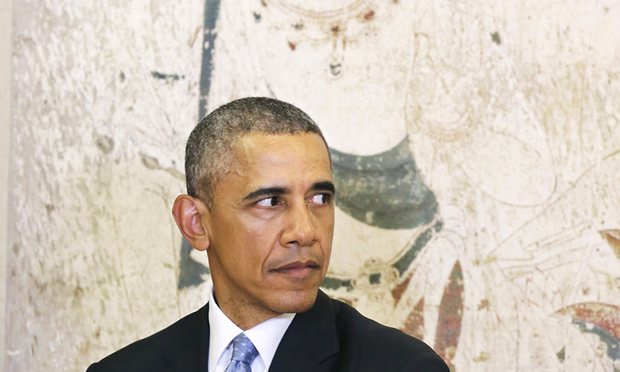 Having an apparent look of concern and worry, Obama said the world had “good reason” to be concerned, adding Trump’s policies “display either an ignorance of world affairs or a cavalier attitude.”

The president then took questions from the press, and allowed time for one final question. But after hearing the question concerning Hillary Clinton’s emails, it was clear he would not be answering it directly.

There it is. The joke followed by an answer that isn’t an answer.

Though I actually agree the President should stay out of commenting about the investigation, we all know he wasn’t doing it out of the kindness of his heart. When has he ever NOT given it comment when it comes to guns, America being guilty around the world, terrorism, race-batting, etc.