Obama, What Shooting Specifically Would Your Exec Actions Have Prevented? asks Arizona Sheriff

An Arizona sheriff OWNED Barack Obama during a town hall on guns Thursday, asking the president to identify exactly what shooting his recent executive actions would have prevented. This is EPIC[1]: 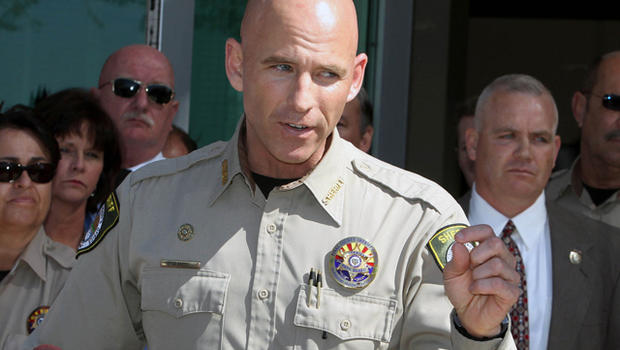 “Mr. President, you’ve said you have been frustrated by Congress. As a sheriff, I often times get frustrated. But I don’t make the laws. And I’ve sworn an oath to enforce the law, to uphold the Constitution — same oath you’ve taken,” Arizona Sheriff Paul Babeu said. ”The talk, why we’re here, is all these mass shootings. And yet you’ve said in your executive actions, it wouldn’t have solved even one of these or even the terrorist attack.”

“No, I didn’t say that,” Obama interjected.

“Well, looking at the information, what would it have solved?” Babeu asked.

Babeu continued, “The executive actions that you mentioned earlier … they are not written about in the Constitution. I want to know and I think all of us really want to get to the solution: What would you have done to prevent these mass shootings and the terrorist attack? And how do we get those with mental illness and criminals — that’s the real problem here — to follow the laws?”

Obama responded saying that he thinks “it’s really important for us not to suggest that if we can’t solve every crime we shouldn’t try to solve any crimes.”

“The problem when we talk about that guns kill people, people kill people. Or it’s primarily a mental health problem. Or it’s a criminal and evil problem. And that’s what we have to get at. All of us are interested in fighting crime. … That’s a huge priority to us,” the president told Babeu.

“The challenge we have is that in many instances you don’t know ahead of time who is going to be the criminal. It’s not as if criminals walk around with a label that says, ‘I’m a criminal,’” Obama added. “And by the way, the young man who killed those kids in Newtown — he didn’t have a criminal record. … But he was able to have access to an arsenal that allowed him in very short order to kill a classroom of small children.”

Well Said, Sheriff Babeu. We need more good men like you in office!