Obama Working Hard To Get THIS Done By The End Of His Term. DON’T Let THIS Happen! 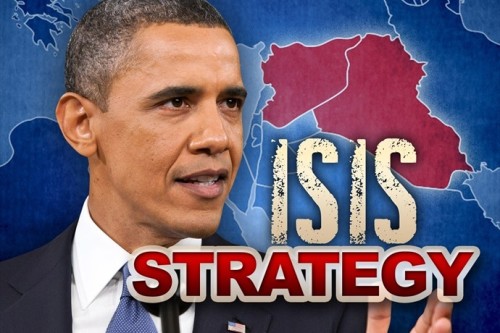 President Obama has spent a large portion of his Presidency telling us that radical Islam is “on the run”, or is “the JV team”. The only problem is that facts, and many killings by jihadists, show that he is and has been wrong. Now, with 10 months left to go, he wants to defeat ISIS[2]. Of course, we’d all like to see ISIS defeated. But why is it suddenly important to him now? Because he is legacy building. Once again, his agenda centers around himself and his personal glory. Most likely he does not want ISIS to be beaten because they are evil, only because he wants to take credit for it.

The president has always had a lofty agenda, and as his time in the White House ends (or does it?) he wants make sure that one of his biggest, and probably most delusional goals is met by the time he leaves the White House next January.
This one achievement is so important to him that he is hell bent on NOT sharing with his successor.

President Obama wants the Islamic State in Iraq and Syria (ISIS) defeated by the end of his term, Defense Secretary Ash Carter says.

“That’s what he said he wants. That’s what he told me and [Chairman of the Joint Chiefs of Staff Joseph Dunford]. He said, ‘Get this done as soon as possible. I’d like to not leave this to my successor,’ ” Carter said Friday an event hosted by Politico.

Pardon our skepticism Mr. President. These hellish ISIS killers have been ravaging nations and people for a long time, for all of your Presidency in fact. But only now, with 10 months left to go, you want them vanquished? As always, it’s all about you. By all means, defeat ISIS. It needs to be done. But let’s not pretend it’s about anything but your legacy.