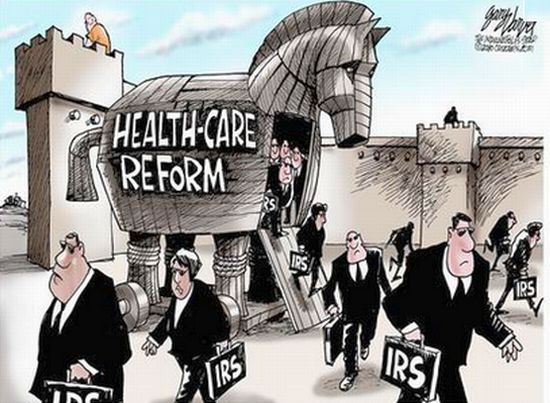 [1]Obamacare is the socialized healthcare program so poorly designed that some are penalized for not having it, while others are given subsidies to afford it. Not surprisingly then, about half of those given subsidies were not entitled to some or all of them. [2]

According to the Washington Examiner,

As many as 3.4 million people who received Obamacare subsidies may owe refunds to the federal government, according to an estimate by a tax preparation firm.

H&R Block is estimating that as many as half of the 6.8 million people who received insurance premium subsidies under the Affordable Care Act benefited from subsidies that were too large, the Wall Street Journal[3] reported Thursday.

“The ACA is going to result in more confusion for existing clients, and many taxpayers may well be very disappointed by getting less money and possibly even owing money,” the president of a tax preparation and education school told the Journal.

While the Affordable Care Act fines those who don’t have health insurance, it also provides subsidies for people making up to four times the federal poverty line ($46,680).

But the subsidies are based on past tax returns, so many people may be receiving too much, according to Vanderbilt University assistant professor John Graves, who projects the average subsidy is $208 too high, the Journal reports.

Mismanagement horror stories like this never end under Obamacare, and those who have been able to avoid it so far are fortunate – although they are still stuck footing much of the bill. Virtually all of the promises Obama made about it have proven false, in fact, in most cases the opposite has come true. Add the IRS into the mix and the disaster is now exponentially magnified. It is way overdue to get off this sinking ship and repeal it.

Watch more from the Washington Examiner below.