Six years into the presidency of our first president of color, America is more deeply divided along racial lines than ever before. The left has established a media narrative that relies upon a notion that every white person is racist and this same media narrative has cast every person of color into the role of “continual victim.” Even criminals who attack police and who are shot in the process are victims in this country that appears devoid of common sense.

Now, according to a report from Breitbart[1], a black judge has “let-off” a black home invader while simultaneously shaming the white victims for supposed racism. 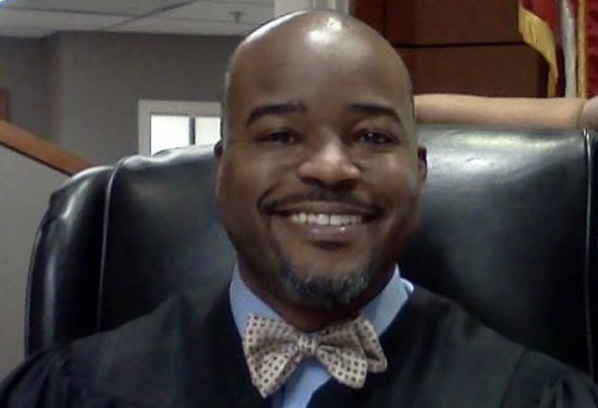 A black judge, offended by a white family’s concern that their toddler was frightened of black men after a violent home invasion and robbery, publicly shamed them and let off the convicted man with mere probation.

When Gregory Wallace was sentenced for alleged armed home invasion near Buechel, Kentucky, Judge Olu Stevens “slammed” the homeowners, Jordan and Tommy Gray, for not correcting their daughter’s fear of black men.

Wallace, who was convicted of robbery, had been found guilty of participating in the March 2013 armed home invasion, in which he and another black suspect burst into the Gray’s home and held the parents and their three-year-old daughter at gunpoint.

According to The Courier-Journal[3], prior to Wallace’s sentencing, Jordan Gray confessed that since the horrible home invasion, her young daughter had been terrified of black men: “Whenever we are running errands, if we come across a black male, she holds me tight and begs me to leave. It has affected her friendships at school, and our relationships with African-American friends.”

The father also indicated that his daughter has been “terrified of black males” since the home invasion.

Judge Stevens, who is also black, reacted to the Grays’ concerns by calling them racists.

“I am offended… I am deeply offended that they would be victimized by an individual and express some kind of fear of all black men,” he said. He said it was understandable that the three-year-old was upset — “she can’t help the way she feels” — but he attacked the parents for “accepting that kind of mentality and fostering those type of stereotypes.”

The Grays asked the judge to give Wallace a more serious sentence: “If holding a little girl at gunpoint gets you probation, then our system is flawed,” the girl’s father said.

Stevens ignored their pleas and sentenced Wallace to five year’s probation, saying he “deserved the opportunity to redeem himself” for violently invading the Grays’ home, terrorizing their daughter, and stealing their property.

Later, Stevens took to Facebook to publicly shame the victims of a home invasion after giving Wallace merely probation for burglary and robbery with a handgun. It was the mother’s secret racist views that made the toddler terrified of black men, not the formative memory of being terrorized at gunpoint by violent criminals:

Court brought it front and center this week. The case involved a burglary and the victims were a young couple and their three year-old child. The written victim impact statement on behalf of the child read that as a result of the offense committed against her parents in her presence, the child is in “constant fear of black men.” The statement, written by her mother, continues that the child clings to her parent when in the presence of any black man. The incident, the mother concluded, “has even affected our relationship with our African-American friends.”

I read this statement aloud in open court. For a reason. It was of little surprise to me that neither parent nor the child was present in court for the sentencing. After all, the defendant and the judge are amongst the individuals the three year old has fear of as a result of the crime. Do three year olds form such generalized, stereotyped and racist opinions of others? I think not. Perhaps the mother had attributed her own views to her child as a manner of sanitizing them.

Welcome to Obama’s America, where any and all crimes by people of color are otherwise excused or attributed to institutional racism.

Folks, it is not enough to merely roll one’s eyes in these instances; we, all citizens of every race, color and ethnicity, must be willing to stand-up and shine a light on these increasing cases of injustice.