The government’s newly released food stamp enrollment figures reveal that the number of individuals in America on food stamps has topped 46 million for 35 consecutive months.[1] 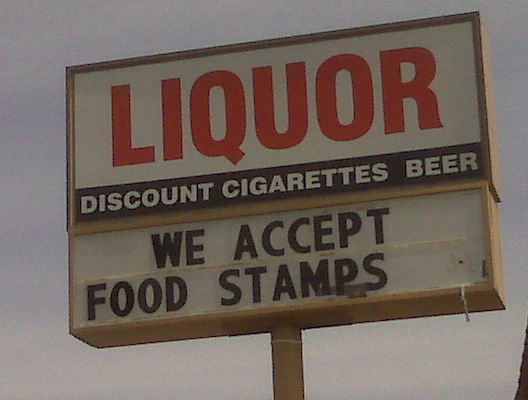 According to the Department of Agriculture, the number of individuals in July (the most recent month figures are available) who received food stamps was 46,486,434. The last time food stamp enrollments fell below 46 million was July 2011.

The new food stamp figures come on the heels of comments last week by President Barack Obama touting the revival of the American economy under his leadership.

“By every economic measure, we are better off now than when I took office,” Obama told an audience at Northwestern University on Thursday.

The number of individuals on food stamps has soared under Obama. Obama’s categorical eligibility changes, the administration’s aggressive food stamp marketing, and the abysmal Obama economy have all helped skyrocket food stamp enrollments.

Here are some numbers that Barack Obama can be proud of:
15% of the population is on foodstamps (that’s 46 MILLION of the 316 MILLION who live in the US).
70% increase in welfare recipients in ONLY 5 years (that’s 15 MILLION more people are on Welfare than when Obama was first elected).

To make these numbers even more exciting in June, Congress voted to give welfare to illegal aliens[3]:
Half a MILLION illegals come across the border each year.
Washington Times[4] reported last year that we could have up to 20 MILLION illegals in the US.
NO ONE knows how many of those illegals are collecting welfare.

When my son was 8-years-old he was in a lego engineering class where he learned that if you build the top of the structure to be heavier than the bottom, eventually the entire structure will topple. Barack Obama and his cronies have sold America on the inverted triangle business model. The United States has been turned upside down in less than a decade and is in serious danger of crumbling as the number of people living off the system are about to surpass what is sustainable. Plain and simple… there are not enough workers to support the non-workers anymore.