Remember when the Supreme Court declared a prohibition on school segregation? That was 1954. Now, in 2015, “separate but equal” is back with white kids being punished for the sins of the past with which they had nothing to do. According to Liberty News Now[1]: 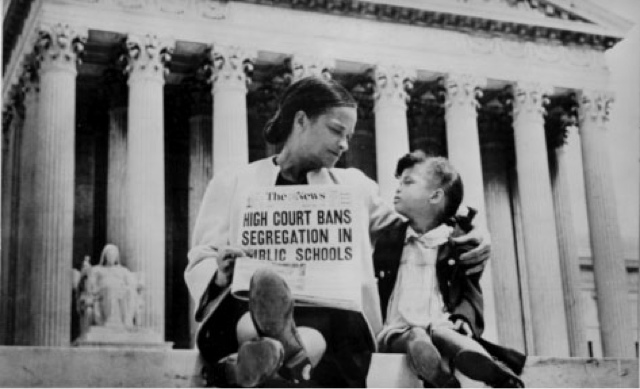 South Bend, Indiana public school officials have launched a series of field trips for third graders designed to introduce black students – and only black students – to local colleges in an apparent effort to expose youngsters to the history of Jim Crow-era race segregation early in their academic careers.

In an explanation that defies believe, officials at the seven public elementary schools involved said that they did not intend the taxpayer-funded school activity to be discriminatory saying instead that they were trying to inspire black students to attend college because too few black students continue their education beyond high school.

“I want these third graders to have the opportunity to think of themselves as college students.” …“We take them to a college campus, have them meet African-American students, modeling the idea that as a black person, college is a great place.”

“It was not meant to be exclusionary.” …“It was only meant to support and give these kids what they need to think positively about themselves and about their future.”

Opinion among parents in South Bend – both black and white – is split about their children being treated differently based on skin color because it amounts to racial discrimination.

Deirdra Mullings who has a son who will go on one of the field trips said, “I feel like all kids should be going.” Another parent Kelly Garing said, “It creates a double standard. I just think it breeds intolerance and creates misunderstandings.”

It’s likely that Moss did want for “these kids” to have a great opportunity; however, I ask: how is that any different from the racists of yesteryear who declared that they were in favor of better schools for white kids because they wanted “these [white] kids” to have the best opportunities?