Should we be concerned that the President is delusional?  Because according to one of his former senior advisers[1], “‘I’m the closest thing to a Jew that has ever sat in this office.” 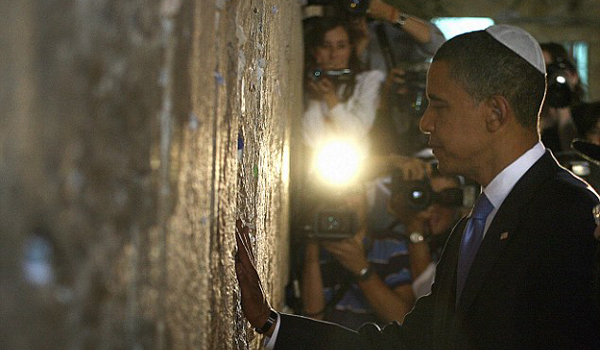 One of Barack Obama’s most senior advisers has told how the president said to him: ‘I’m the closest thing to a Jew that has ever sat in this office.’

David Axelrod, one of the key figures in Obama’s rise to the presidency and his first term in office, revealed the claim at the same time as the president tried to reduce tensions with Israel over an impending nuclear deal with Iran.

‘You know, I think I am the closest thing to a Jew that has ever sat in this office,’ the president said, according to Axelrod’s account. ‘For people to say that I am anti-Israel, or, even worse, anti-Semitic, it hurts.’

So, if Bill Clinton was the first African American President and I guess now Barack Obama is the first Jewish President…that will make Hillary Clinton what? Actually no, don’t answer that.