This reads like it was written just to troll prominent Hillary Clinton donor Donald Trump, who is also a birther (like many Hillary supporters in 2008). But President Obama’s Kenyan half-brother[1] is upset that the President isn’t visiting him when he visits…Kenya. 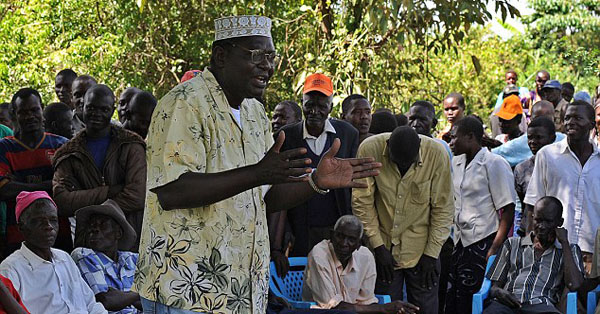 As President Obama’s upcoming visit to his father’s homeland, Kenya, is nearing, his half-brother is still waiting to be told by Obama about his trip later this month.

‘From what I hear, he is coming now as the president of the United States,’ said 57-year-old Malik Abon’go Obama during an interview at his home in Kogelo, Bloomberg reported.

‘He should have at least informed us as his family.’

The itinerary is being kept secret, and the Kenyan presidency is denying the July 24th visit is even happening. It will be the first time Barack Obama has visited Kenya since 1988.