All throughout the country, there is rampant black-on-white violence. Black Lives Matter has emboldened criminals to beat and rob so long as they do so under the pretense of effecting social justice. After a decorated Marine was beaten and robbed in an apparent hate crime, the Obama Administration seems utterly compelled to ignore the crime[1] because it was a group of black teenagers beating on a white man. 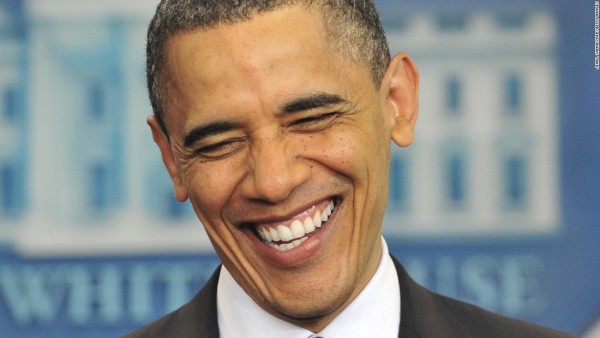 The story[3] we shared on this page yesterday about the Marine brutally assaulted by a group of black teens sparked an unbelievable outpouring of outrage that has gone mad viral. As of this writing, the story on our page alone has been shared nearly 43,000 times and garnered nearly 27,000 comments.

In case you missed it, Christopher Marquez — who received the Bronze Star for valor after serving in the Iraq war — was attempting to enjoy a meal at McDonald’s last week when a group of teenage thugs began harassing him, asking him “Do you believe Black Lives Matter?”

After the Marquez attempted to mind his own business and ignore the group, the situation escalated quickly, resulting in the veteran being knocked unconscious from the back and robbed of $400 cash plus the rest of the contents of his wallet, including IDs and credit cards. Marquez told the Daily Caller:

“I believe this was a hate crime, and I was targeted because of my skin color,” Marquez told the Daily Caller. “Too many of these types of attacks have been happening against white people by members of the black community and the majority of the mainstream media refuses to report on it.”

Apparently the police had already been looking for this group after a prior incident.

Hard to argue with the victim’s suggestion that this was a hate crime — that Marquez was targeted because of his skin color.

So, given the administration’s laser focus on racially-oriented altercations, President Obama and Attorney General Loretta Lynch must be ALL OVER this, right?

I mean, we all remember President Obama bending over backwards to send not just one, but three representatives to the funeral of one Michael Brown, who was killed in the line of — trying to rob a convenience store.

And Attorney General Loretta Lynch expressing her “greatest fear[4]” in the immediate aftermath of the San Bernardino terror attacks — that killed 14 and terrorized many more — was anti-Muslim “rhetoric,” which she vowed to prosecute. Right before she then moved on to her next priority in the aftermath of that first terror attack on U.S. soil since 9/11 — which was, of course, meeting[5] with representatives of the Black Lives Matter movement.

So where are President Obama and Attorney General Lynch now? Surely, it couldn’t be that Obama and Lynch don’t give a rat’s patootie about certain lives — like those who are white or “white Hispanic” (as no doubt the likes of Black Lives Matter would categorize an Hispanic). Or, God forbid, our distinguished military heroes?

And this is the man who’s considering this woman to be an arbiter of our Constitution on the Supreme Court. It’s abundantly clear by now that under the concept of “equal protection,” some people are “more equal” than others under the Obama administration.

In truth, there should be no hate crime laws. Crimes are crimes and it does not matter the skin color of the victim; what matters is finding justice.

However, this administration has a repugnant history of getting involved in racial affairs and cherry-picking what crimes will receive federal attention and this standard is not being applied equitably across racial lines.

If a group of hooded Klansmen beat a man for being black, I would expect that the Obama Administration would be vigorous in their condemnation and seek justice with the full weight of the federal government.

When a white man is beaten by black racists, it’s eerily quiet.