Occupy Trespassed for Months, Ranchers Arrested After 24 Days of Trespassing 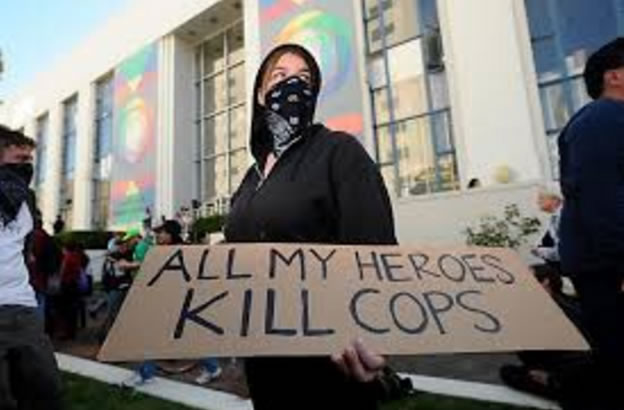 [1]Political correctness has invaded our culture so thoroughly there are essentially two tiers of justice in this country. If you are a white, progressive, privileged hippy Millennial, or a Black Lives Matter activist, law enforcement and the legal system will bend over backward to accommodate your protests and acts of civil disobedience. The media will hype up any incident in your favor.

In contrast, if you are a white, Christian, patriotic rural rancher raising cows for meat, you can expect to have the book thrown at you for the smallest infraction. If there is any media coverage, it will be spun against you.

Rural ranchers have a legitimate gripe[2] against the federal government acquiring[3] 48 percent of the land in Western states, then leasing the land back to them at increasingly higher rates. It is eerily reminiscent of feudalism, peasants toiling on the land owned by the lords and nobles.

The ranchers and activists who took over the Malheur National Wildlife Refuge in rural Oregon to protest the unjust prison sentence of the Hammonds[4] were trespassing. Although the building is open to the public, staying overnight indefinitely without permission constitutes trespassing, which is generally considered a misdemeanor[5] unless there are additional circumstances such as destroying property. In Oregon, criminal trespassing with a firearm is a misdemeanor[6]. Due to the low-level nature of the crime, law enforcement often doesn’t bother to arrest trespassers.

At first, law enforcement allowed the protesters to move freely between the wildlife refuge and the neighboring town of Bern. But under pressure[7] from politicians, the FBI set up a road blockade to arrest them. It resulted in the death of one rancher, Lavoy Finicum. A video[8] was released of the shooting, showing Finicum with his hands in the air. Law enforcement said he reached for his gun so they shot him, but some question whether this is what the video shows. However, Finicum previously warned[9] there could be a confrontation with law enforcement and that he would rather die than be arrested. A witness said[10] she heard him say “just shoot me” right before he was shot.

As a result of his death, there is concern why law enforcement aggressively started to arrest the protesters. If Finicum had been a black man, the shooting would have been headline news for days, with rioting, protests and investigations launched into the officers involved. After Michael Brown was shot by law enforcement in Ferguson, riots broke out claiming that he was wrongly shot because he had his hands up. The Department of Justice concluded that he did not.

When the Occupy movement camped out in parks around the country, they were trespassing by staying overnight when the parks are closed (other than Zuccotti Park which is open 24 hours). However, the Occupiers were allowed to remain in the parks for months on end in some locations. The ranchers were not given this accommodation; law enforcement began arresting them just 24 days after they started the sit-in.

And unlike the ranchers, Occupiers caused millions of dollars of damage to property, which turns a trespassing misdemeanor into a felony. Everyone has seen the photos of Occupy protesters engaging in violence. “Occupy Wall Street Exposed has counted a dozen deaths, including three murders; more than a dozen rapes; more than 25 disgusting cases of indecent exposure, public defecation, etc; more than 500 thefts; more than 6,800 arrests; and in excess of $12 million in property damage,” Powerline reported[11] in 2012. Five Cleveland Occupiers were caught plotting to blow up a bridge and the Republican convention. Incredibly, the Southern Poverty Law Center said it had no plans to investigate the attempted terrorism, since it was left-wing extremism.

In Seattle, vandals smashed[12] the windows of local businesses including Niketown and American Apparel stores. Yet they have been allowed to continue camping out in Seattle’s parks and outside City Hall to this day. The police merely shoo them out of one park and into another.

It is well known that many of the Occupiers were armed, some illegally. One protester, Joshua Fellows, was arrested[13] for having an unregistered gun.

When Black Lives Matter protesters rioted and destroyed property in Baltimore after the death of Freddie Gray, the mayor said people need to give them space[14], even if means giving the violent ones space too. “We gave those who wished to destroy space to do that, as well,” she said. Over 300 businesses were damaged and 27 stores looted.

Some point to the fact the ranchers were armed and made statements about anticipating a fight with law enforcement. Yet there wasn’t any violence — or even property destruction — until law enforcement upped the ante by setting up a roadblock to arrest them.

The difference in treatment is that the police didn’t aggressively pursue arresting the Occupiers after just 24 days, even though they had committed crimes, made threatening remarks about law enforcement and some also possessed guns. When the police did start cracking down on them, it was mostly to chase them away with pepper spray or batons. Many were arrested for things like attacking law enforcement and minor in possession of marijuana.

Was it wise of the ranchers protesting to walk around openly carrying guns, warning there could be a confrontation with police? No, they could have protested on street sidewalks without trespassing, carrying concealed. They could have lobbied[15] the state legislature and Congress to change the laws.

The ranchers likely overreacted because they have had no success so far using other avenues. Oregon has a very left-leaning legislature that will not take action. Even the conservative Utah legislature hasn’t gotten far. Legislation was passed there requiring the federal government to return its land, but the federal government has ignored the law.

Something needs to happen to fix this problem, but the answer is not trespassing with guns. Powerful politicians won’t go easy on them like they do with lefty protesters, but will throw the book at them. Rep. Ken Ivory (R) of Utah started the American Lands Council[16] to return federal lands back to local control. Perhaps this is where everyone should focus their efforts to return our land where it belongs.