Off-Duty LAPD Officer Finds Burglars In His Home, Shoots Them

Here’s a little helpful tip to robbers: if you’re going to be a scumbag and rob a house, don’t pick the house of a cop. An off-duty police officer awoke to four burglars breaking-into his house and the officer did what many of us would do: he shot them. Two others are at-large but at least there are two scumbags off the streets for now. 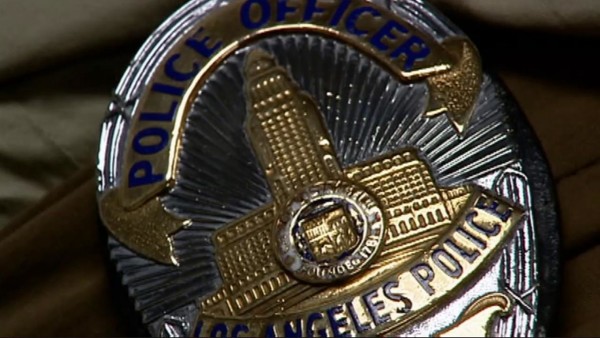 The incident occurred in the 600 block of Los Olivos Drive around 10 a.m. Tuesday. Authorities say the officer was sleeping at his San Gabriel home when he woke up to noises.

Two other suspects were outside the home, grabbed one of the wounded suspects and drove him to the hospital.

The suspect who was shot in the leg collapsed on the driveway, and a neighbor — who is a retired doctor — rushed over to help him.

“All I saw him was with the gun drawn on top of the guy. He called for help, and I went over and helped him out,” said Dr. William Loskta.

That suspect remains hospitalized in stable condition. The other suspect was in critical condition.

Police say all four suspects were juveniles, ranging from 15 to 17 years of age.

According to investigators, the lieutenant did not use his service revolver; it appears to be a private weapon.

The officer was not hurt in the incident. Police described him as a 29-year veteran of the force who works as a supervisor at the West Bureau.

This is a story with a terrific ending. Still, it should be noted that in the People’s Republic of California, even the most no-brainer shootings can land good citizens in jail.

Thankfully, this is a police officer, so even the most absurd DA wouldn’t pursue charges. But for the rest of the good citizens in Los Angeles, gun ownership and actually using that gun comes with hefty risks.