So, reports from Daily Mail are saying a New York Muslim man is talking major crap about Nike[1]. He’s saying they refuse to custom-produce a pair of Air Jordans for him that say the words “Muslim” or “Islam” on them… 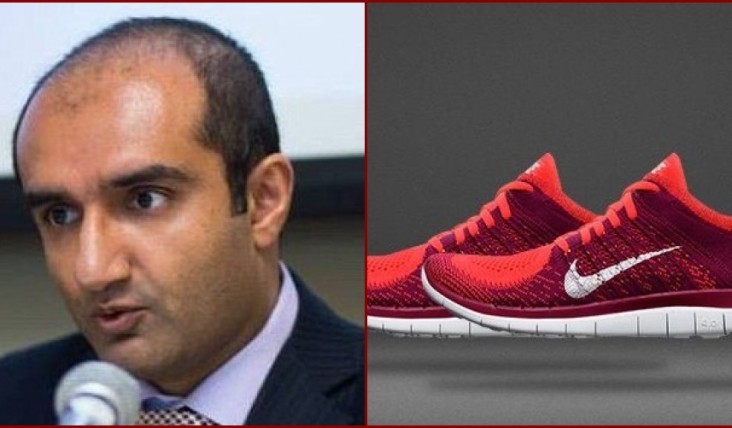 40-year-old Nabeel Kaukab attempted to place the custom order online through NikeID, but was turned down.

Of course, Kaukab quickly took to social media to express his frustrations, writing an open letter complaining about the company’s decision to deny the request.

“Dear Nike, I have a sincere question for your Nike ID team,” Kaukab wrote on Facebook. “Today, I was trying to buy a pair of Air Jordans and was checking out the customization features, one of which includes the ability to put short text (up to 6 letters) on them. As I was experimenting with differently words to customize my shoes, I noticed that for Nike, neither ‘Islam’ nor ‘Muslim’ ‘fit within our guidelines’.”

On the guidelines, certain words are banned.

“As far as I (or any rational person) can assume, neither word is profanity, slang (appropriate or inappropriate), insulting or discriminatory (more than a billion people globally find identity in being called Muslim),” Kaukab continued. “Considering there is no trademark or IP around just the word Islam or Muslim, by process of elimination that leaves your customers to assume only the following: Either you believe the word Islam or Muslim incites violence or they are words that Nike doesn’t want to place on its products?”

Nike ignored the man’s question and cancelled the order for the shoes. Some believe that the silence was associated with the backlash the company received in the late1990s after a popular shoe with a stylized writing of the word “Air” closely resembled the Arabic symbol for “Allah.” That incident caused Nike to pull nearly 38,000 pairs of shoes from the market and release a formal apology to Muslims worldwide.