I still don’t quite understand why any one newspaper would actually endorse a candidate. I was under the impression the media was supposed to be objective and not support anyone one way or another, but what do I know?

Either way, the Oklahoma newspaper that endorsed Hillary Clinton still hasn’t recovered from putting their money on the wrong horse. 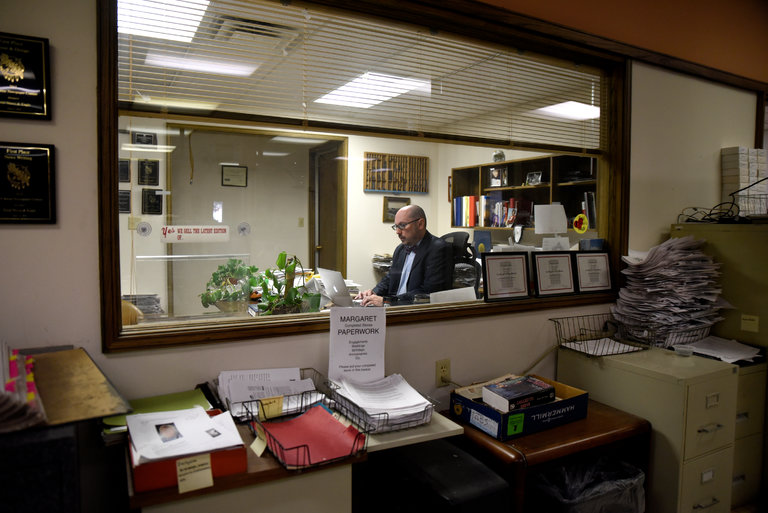 The Enid News & Eagle’s senior writer Jeff Mullin endorsed Hillary Clinton during the Presidential race and it would appear that the people still haven’t forgiven him for that.

The New York Times[2] details the vitriol he faces in his daily life for his decision to carry the Democratic nominee’s water.

One Sunday after church, Jeff Mullin and his wife were in line at the Western Sizzlin steakhouse here when a man, fists clenched, threatened to beat the hell out of him.

“My first thought was just to kind of try to keep things calm. Otherwise, it was going to be two old guys rolling around on the floor of the steakhouse, and that would be pretty unseemly,” recalled Mr. Mullin, 64, the mustachioed senior writer for Enid’s daily newspaper, The Enid News & Eagle.

The dispute was not personal. It was, of all things, editorial.

Mr. Mullin’s red newspaper in a red county in what is arguably the reddest of states went blue this campaign season and endorsed Hillary Clinton[3] for president. The editorial board, in a gray-shaded column on Page A4 on Oct. 9, wrote that Donald J. Trump lacked “the skills, experience or temperament to hold office.” The headline and subhead read: “For U.S. president: Hillary Clinton is our choice for commander in chief.”

It was the first Democratic endorsement for president in the modern history of the newspaper, which was founded in 1893. As the man’s reaction at the steakhouse suggested, Enid was stunned, and this slow-paced agricultural town of 52,000 near the Kansas state line has not been the same since.

The News & Eagle, with a circulation of 10,000, lost 162 subscribers who canceled the paper. Eleven advertisers pulled their ads, including a funeral home that had a sizable account. Someone stuck a “Crooked Hillary” bumper sticker on the glass doors of the paper’s downtown office. A man left a late-night message on the publisher’s voice mail, expressing his hope that readers would deliver, to put it delicately, a burning sack of steaming excrement to the paper.

Subscribers haven’t flocked back to newspapers that came out against Trump, especially in red states. It’s a testament to the shift of media from print to digital, as well as the desire for people to read news from objective sites, or sites that share their values and points of view. While I may not necessarily agree with that, a lot of Americans don’t want their news to come with a political bias.

Newspapers need to learn from this election if they have any intention to keep subscribers and readers.