Not many people have sympathy for dumpster-divers, but after Ashley Jiron of P.B. Jams discovered that her trash had been rifled through, she decided to do something about it. Instead of calling out and/or humiliating the poor soul, she posted a sign on the front door asking the person to come into the establishment for a free food instead of searching the garbage for their next meal.[1] 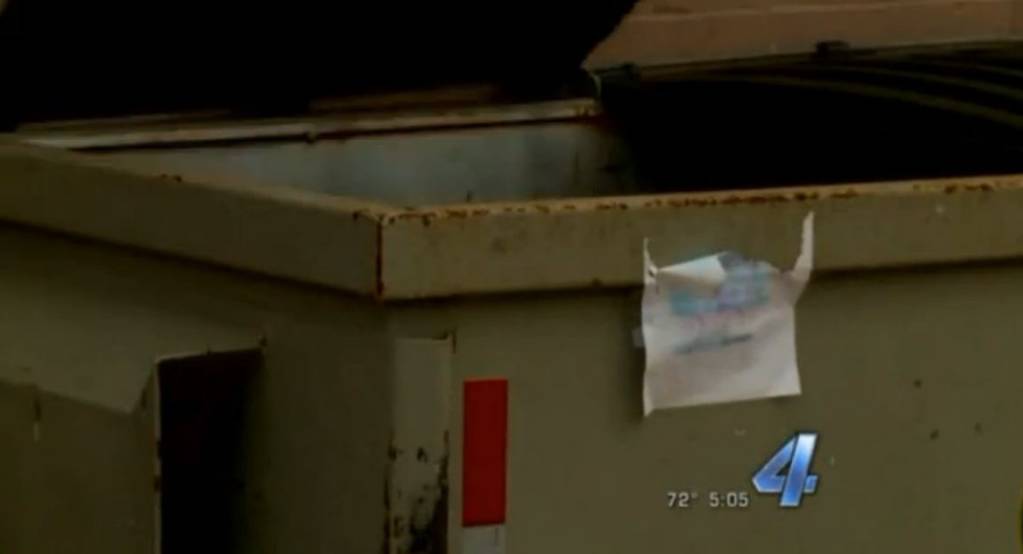 When an Oklahoma restaurant owner noticed that some of the trashbags she placed in the dumpster behind her shop had been opened by a dumpster diver, she decided to do something about it.

According to KFOR-TV[4], Ashley Jiron of P.B. Jams put a sign outside the restaurant, asking the restaurant’s notorious dumpster diver to skip the trash and instead come inside for a complimentary meal on the house. 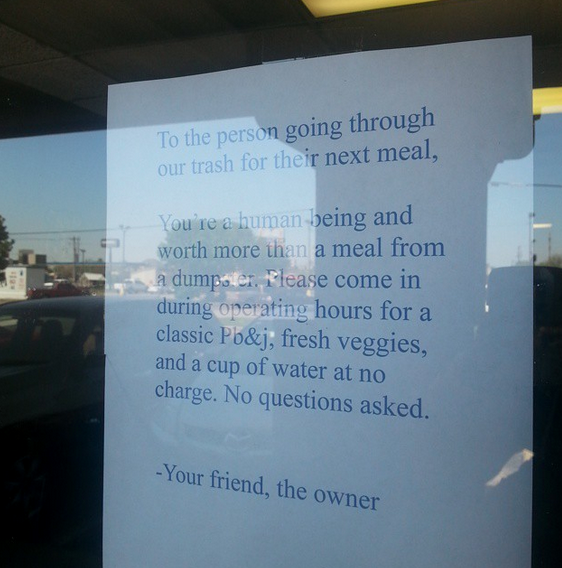 “To the person going through our trash for their next meal,

“You’re a human being and worth more than a meal from a dumpster. Please come in during operating hours for a classic Pb&j, fresh veggies, and a cup of water at no charge. No questions asked.

“Your friend, the owner”

Jiron installed the sign because she was so heartbroken that someone would be so desperate that they would resort to dumpster diving behind her restaurant.

“That really hurt me that someone had to do that,” she told the station. “I will not take down that sign until they come in.”

She knows that it’s unlikely the culprit will come in and claim their free meal, although she is hopeful he or she will.

P.B. Jams has only been open for a few months, but this is the first time Jiron has noticed someone taking food from the trash.

There are still good people out there in the world, and it’s my pleasure to bring you stories like this. If you live around this business and haven’t already, I would recommend going there and at least thanking them for the kind gesture. I don’t know anything about their food, but I’d order it anyway, just to support such a loving business owner.