With all the stories of how different Olympic athletes[1] displayed disrespect in their own way towards America, it is quite refreshing to hear a story that is the complete opposite… 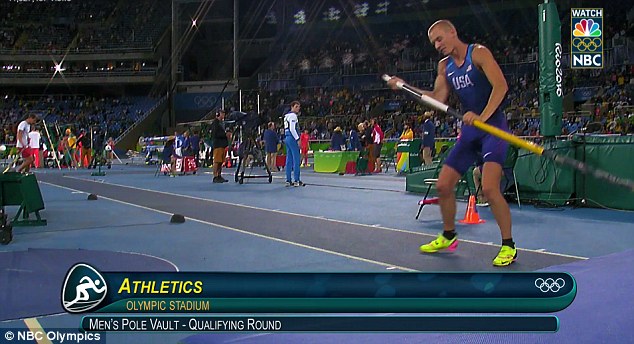 US Army reservist Sam Kendricks, 23, from Mississippi, was running pole in hand when he heard the first notes of the Star-Spangled banner.

The second lieutenant was set to perform one of his attempts to qualify that day – but instead stopped dead in his tracks and let go of his pole to respectfully stand still.

Kendricks, a former track star at Ole Miss, remained standing for the entire duration of the song.
When it was over, he clapped and promptly picked up the pole again.

It is unclear whether Kendricks received any penalty for stopping in the middle of a run, but he qualified and went on to win the bronze medal last week.

He cleared 5.85 meters – over 19 feet. A video published on Sunday byNBC Olympics revealed his patriotic moment during the qualifying rounds.

Kendricks’ attitude has earned him the respect of many viewers, who commanded him on social media for his respectful demeanor.

That’s an example of a fine young man for you. This is what integrity looks like and it’s nice to see after the sorry excuse of respect for “America” others have displayed.