O’Malley: ‘The Presidency Is Not Some Crown to Be Passed Between Two Families’

You would think the Democrats would have cleared the field of cis white males so that Hillary Clinton could break through the glass ceiling because the time is now.  Former Maryland Governor Martin O’Malley apparently didn’t get that memo, and is taking shots at “dynasty’s” in American politics… 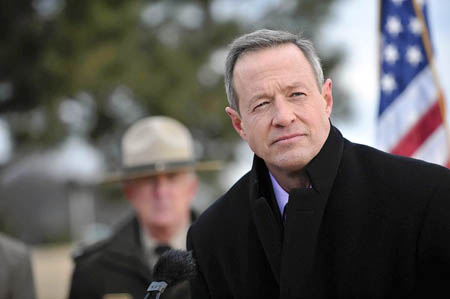 “Well I think that our country always benefits from new leadership and new perspectives. I mean, let’s be honest here: the presidency of the United States is not some crown to be passed between two families. It is an awesome and sacred trust, that to be earned, and exercised, on behalf of the American people,” O’Malley told ABC’s George Stephanopoulos.

Of course, this means Jeb Bush too.  It’s just disturbing that a Democrat would show such blatant sexism in implying that Hillary Clinton shouldn’t just have the nomination handed to her.