OMG! What An ILLEGAL IMMIGRANT Did To This Young Marine Is UNACCEPTABLE- And NOW… 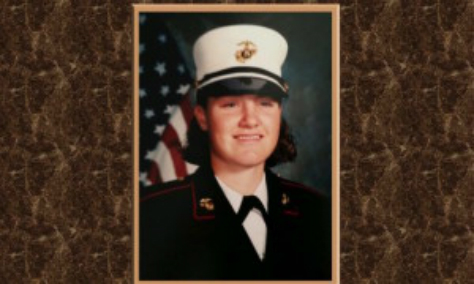 [1]This will break your heart to hear what an illegal immigrant did to this valiant young soldier — and so far has gotten away with it. This is a tragic reminder of why we can’t ignore border security and look the other way as criminals easily enter the country.[2]

…and I thought as long, as hard, and as well as I could before sending this to you-all…but I have no other way to give Beth Wiggins and Eli, her young son, a helping hand.

Beth is a single mother, Eli has just turned six, and Beth is the definition of “Never Give Up.” Her resilience under the crush of what has befallen her is humbling to witness.

Beth and Eli live in Atmore, Alabama which is 40 miles NE of Mobile on the Florida line. I know her because she was my son’s supervisor at the Airbus assembly plant here.

Paul and Beth work for a security outfit called Alutiiq (“A-loo-tick”). Beth has been with Alutiiq since she left the Corps and has been both a mentor and role model for Paul.

Three months ago Beth Wiggins was riding her motorcycle to work, was run into by a drunk driver on I-65, barely survived, and had to have both legs amputated at the knee.

The drunk driver––it was a hit and run––was found by the police and turned out to be an illegal from Mexico. No insurance, of course, and he’s now vanished into the wind.

Beth is blessed with great parents and close siblings…but with over $200,000 in medical and rehab bills, Beth is finding out that dealing with insurance companies is a battle.

And so…I ask that you consider sending Beth Wiggins a few bucks via this link to a GoFundMe.com account[3] set up for her by several of her co-workers and former Marines.

Click here for the GoFundMe account details. These guys have been able to raise about $9,000 to date.

This woman and mother is just a marvel of friendship, leadership, and will to succeed.

God bless Allen West for getting her story out there, and Marine Jud Blakely. Spread this far and wide and contribute[4] to her medical expense fund if you can. Pray for her, and that the criminal who did this to her will be found and brought to justice. 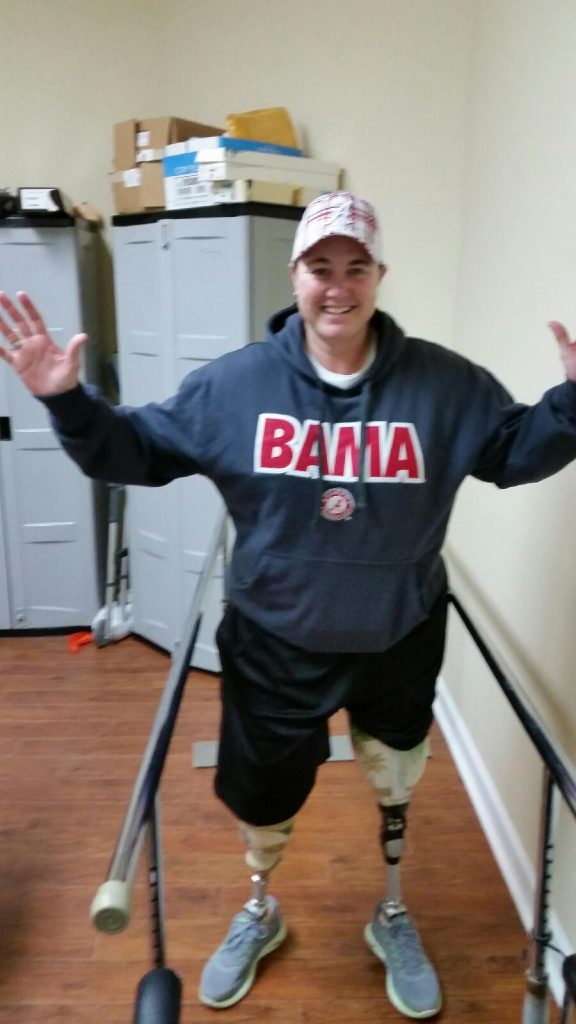