There Was One KEY Difference Between Hillary And Ivanka That Says A LOT! [MEME] 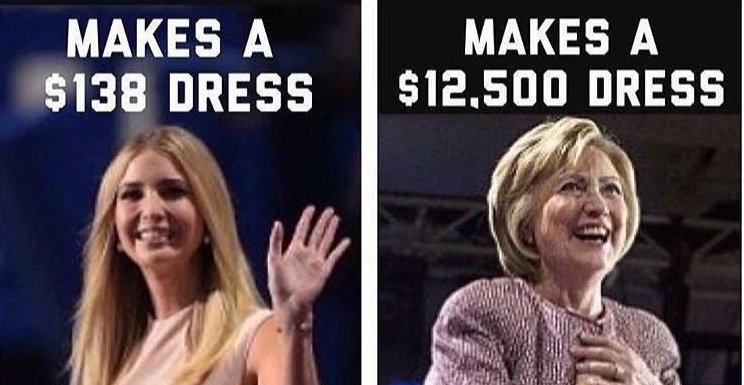 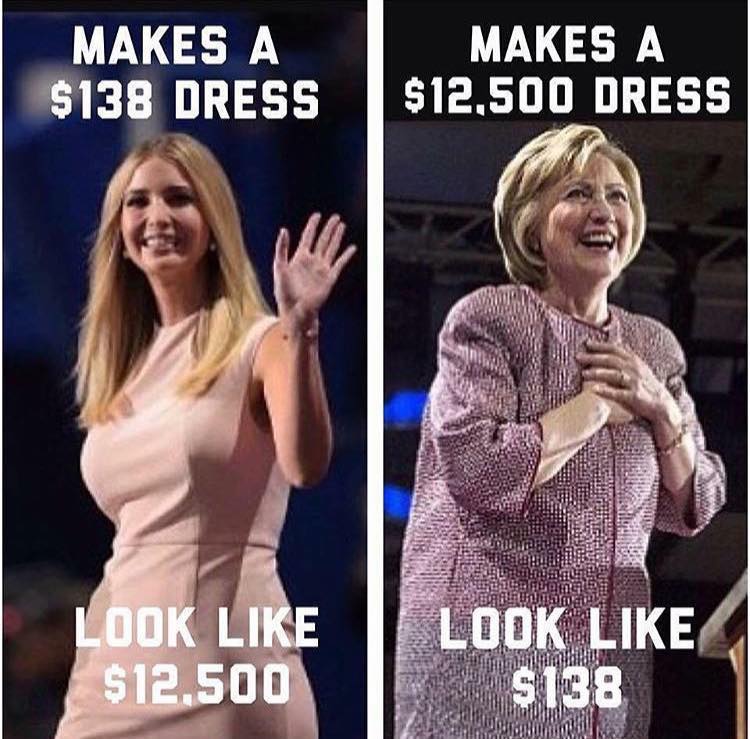 Lord only knows why Ivanka Trump and Chelsea Clinton would be friends. As far as I can see, they have nothing in common at all and come from two very different worlds. Ivanka out classes Chelsea at every turn. You can tell on social media where the two radically differ. Ivanka is business oriented and into empowering women. Chelsea is into mommy and daddy’s politics. She retweets their Marxist crap and also panders for money for the Clinton Foundation. You know, that other way of making money.

Ivanka Trump and Chelsea Clinton may both have parents in the presidential race, but the ways they use their voices are pretty distinct.

Ivanka Trump tends to shy away from public commentary or direct support for her billionaire father’s POTUS campaign.

She largely uses Twitter as a platform for empowering women in the business world.

And frequently retweets both her mother and her former POTUS father:

It’s clear that Chelsea is much more involved in her parents’ political endeavors than Ivanka is in her father’s presidential campaign. Mere days after the tragedy in San Bernardino, Chelsea was retweeting her mother’s positions on gun control.

Of course, in real life, the Trump and Clinton daughters are close friends, but it does seem that when it comes to politics, their ideas about their respective roles are quite different.

Ivanka does her level best to stay out of the political scene as she should. I’m sure her father doesn’t want her mired in that muck and that is his purview. He doesn’t use his daughter as a political prop or a propaganda piece to appeal to the younger generation. It’s hard to tell what Ivanka’s politics are and it really doesn’t matter as long as she supports her farther. There’s a stark difference though between supporting and being used as part of a campaign. Chelsea would be far better served to go into business for herself and help others the way Ivanka is doing. It’s easy to see why Ivanka’s father is so proud of her.