Illegal immigration is a serious issue in this country, and it’s just because “they’re taking our jobs.” All you have to do is take a look at Oregon (an insufferably liberal state) to know that to be true.

1 in every 15 prisoners is an illegal alien, with almost half of the illegals convicted being guilty of sex crimes, including rape and sexual abuse. The fact that Democrats claim to fight against this kind of thing, yet seem to overlook it when it’s done by illegals is frightening. More than that, it tells you what their true priorities are. 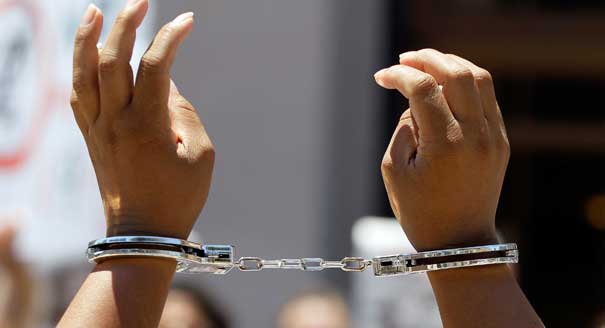 973 illegal aliens currently sit in Oregonian prisons, making them about 6.6% of the incarcerated population. (If you think that’s a small percentage, keep in mind that they should be in our country illegally anyway.)

Of those 973 illegals, approximately 48.92% – or 476 – were arrested for sexual crimes. Broken down, that means 00 instances of sex abuse, 175 instances of rape, and 101 instances of sodomy. Additionally, 136 criminal aliens are in the slammer for homicide, and drugs, assault, robbery, kidnapping, burglary, theft and driving offenses are all in the top 10 list of offenses committed by criminal aliens.

Democrats and and liberals in general may not want to recognize illegal immigration as a serious crime, but what about the crimes committed after they’re already here? What about the innocent people who are being forced to deal with the physical, mental, emotional and spiritual trauma of being raped, kidnapped, robbed or assaulted by people who shouldn’t have even been here in the first place? Are they not of any importance to the left?

The cost to keep these illegals imprisoned is around $33M a year. Yes, your taxes are going to home people who committed a crime in a country that they entered illegally, and are now receiving better treatment than most poor people. They get three square meals a day, a bed, free clothes, etc., while hardworking Americans have to decide which bill they can pay and which they can afford to fall behind on. But liberals don’t care about that, as long as they get their votes and the love of minority communities. All that matters to them is whether a person isn’t a white, cis-gendered, Christian male because for the party of “inclusion” and “diversity,” They are dead set on making sure white people don’t know the password to their super-secret hangout.

Let’s hope Republicans are motivated to do something about this, because we all know the left won’t.