For eight years, any who dare question the spotty official biography of Barack Obama have been dismissed as bigots and nutjobs. Despite the fact that we know precious little about some very telling aspects of Barack Obama’s past, America was in no mood to hear reasonable conversations at a time when Obamamania was in full effect.

He looked good on TV – that’s all that mattered to the Kardashian-watching population of America. 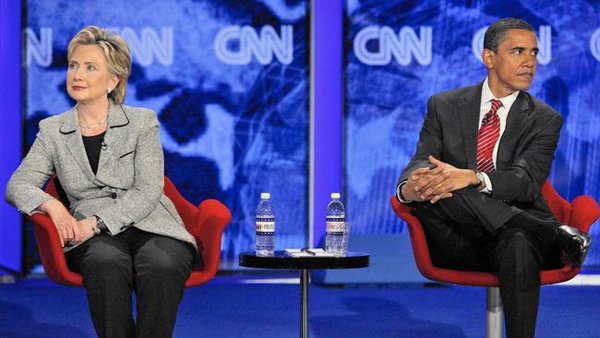 But who started the questions concerning whether Barack Obama was born in Kenya? Was it those evil conservatives?

On Friday, Hillary Clinton’s former campaign manager from 2008 admitted that it was her campaign that began the “birther” controversy.

Patti Solis Doyle, who was Hillary Clinton’s campaign manager in 2008 up until Iowa, admitted that her staff began circulating the topic of Obama’s potential ineligibility.[2]

Former George W. Bush spokesman Ari Fleischer claimed that she had begun the issue. Via Twitter, Doyle called the accusation a “lie,” but admitted that the issue was begun by her staff, but that she had fired the “rogue” staffer for the move.

No, @AriFleischer[3], it is not. The one rogue staffer who sent an email was fired pretty damn quick.

An hour later, Doyle was speaking with Wolf Blitzer on CNN:

Blitzer: Someone supporting Hillary Clinton was trying to promote this so-called Birther issue? What happened?

Doyle: So we — absolutely, the campaign nor Hillary did not start the Birther movement, period, end of story there. There was a volunteer coordinator, I believe, in late 2007, I believe, in December, one of our volunteer coordinators in one of the counties in Iowa — I don’t recall whether they were an actual paid staffer, but they did forward an email that promoted the conspiracy.

This is fairly standard operating procedure for Democrats: do something nasty, heinous and/or illegal, blame conservatives and then when confronted with facts concerning the genesis of the deed, isolate Democrat shotcallers by insisting that a “rogue” element behaved unethically.

Meanwhile, while liberals assert that the whole group should not be held accountable for the actions of one or two “rogue” people, they continue to push for gun control legislation that rests entirely upon the premise that law-abiding Americans should be disarmed and/or burdened with constitutional infringements because of the deeds of “rogue” criminals.