Oh, the irony of the Ex-President who behaves as if he’s hardly even left office, that’s probably because he thinks he hasn’t. Barack Obama has found it difficult to fade into the background. He’s on some international speaking tour where he’s spending his time criticizing President Trump on all things— the border wall. 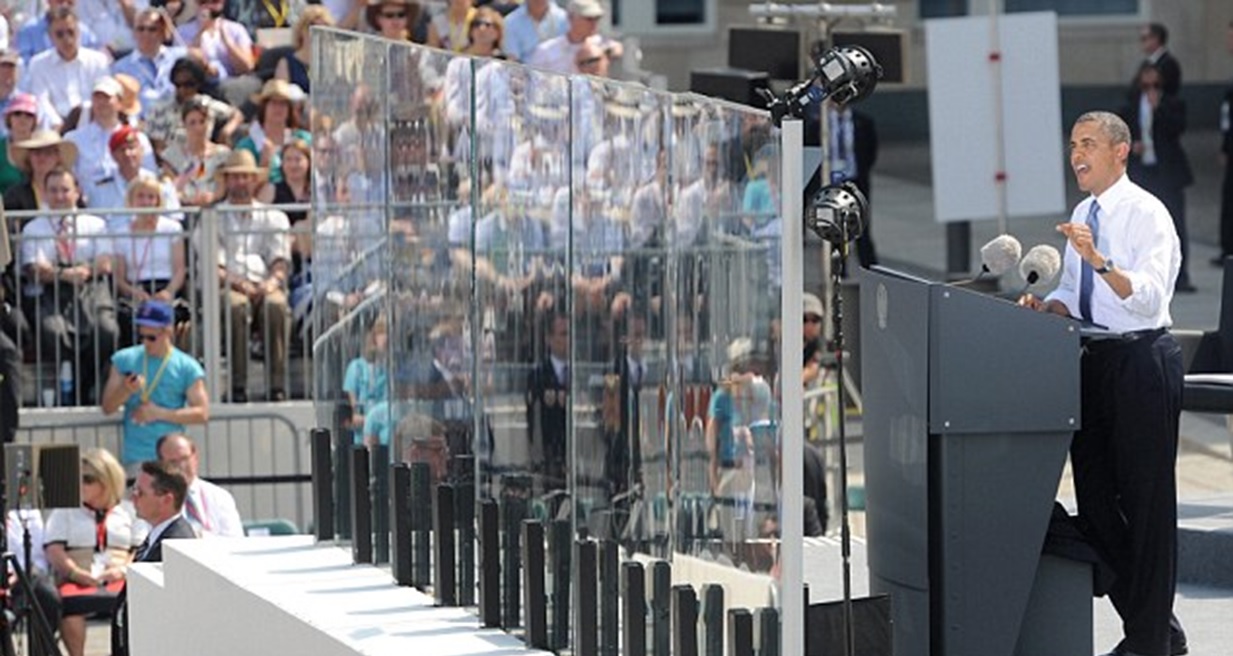 His Thursday appearance in Berlin, the former president spent most of his time criticizing President Trump. spitting out ‘pithy’ lines like “we can’t hide behind a wall.” It’s hilarious when you think about it because thinking Americans know that creating a strong wall along the MX-US border is not to shun others from coming in… but to protect those who are inside. Ex-Pres Obama seems to have forgotten his previous visits to the German capital back in 2013 — where Obama was appearing [2]at a forum with German Chancellor Angela Merkel. During a part of his speech, he explained reasons for the West accepting almost any refugees and economic migrants who wished to make their way there.

“When we provide development aid to Africa or we are involved in conflict resolution in areas where war has been taking place, (or) we make investments to try to deal with climate change … these things we do not do just for charity, not just because it’s the right thing to do or out of kindness,” Obama said.

“If there are disruptions in those countries and conflicts and bad governance, war and poverty, in this new world that we live in, we can’t isolate ourselves, we can’t hide behind a wall,” he added.

But he did so while hypocritically hiding behind a two-inch thick wall of protective glass separating the former president from the German public. WHY would he be behind a wall of bullet proof glass? Yes I know the question is almost moronic to ask but I guess we need to ask since Obama brought up the topic.

Walls are designed to protect the precious cargo on the other side. In this case the 2-inch glass was designed to protect the President of the United States from bullets, protesters and psychopaths from harming the president. A border wall does the same thing. It allows the country to monitor those who come across rather than allowing any psychopath or terrorist to just stroll across. It’s for security, not a judgement.

The irony in all of this, Ex-President Obama had walls built up around ALL his new properties since he was replaced as President, if that’s no hypocritical… than what is?