OOPS! Wife shoots hubby who tried to surprise her with breakfast in bed

Sometimes surprises don’t always go the way you expect. A wife reportedly shot her husband in the chest when he brought her breakfast in bed [1]after mistaking him for an intruder. 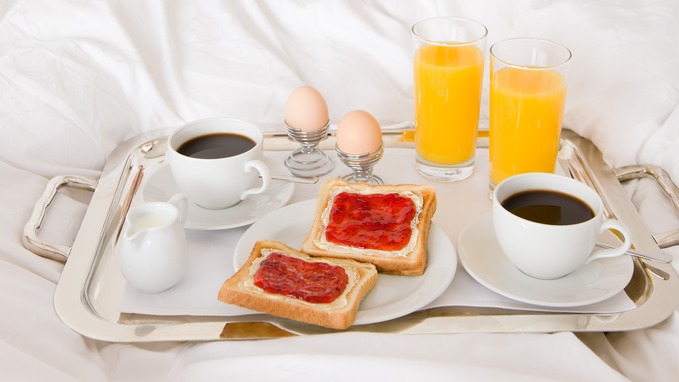 The soldier decided to surprise his 27-year-old wife with breakfast after returning to their North Carolina home at around 10am on Friday morning, ABC News reported. But after hearing their burglar alarm, the woman is said to have shot the 28-year-old through their bedroom door.

He survived the gunshot wound to his chest and has since been released from hospital. After returning home, the wounded soldier told reporters: “I’m good”.

Reports suggest the soldier’s wife may have been on edge after a recent spate of burglaries in the area.

Sometimes it’s important to know when and how to surprise a person. Sneaking into the home unexpectedly is probably not one of those times.