Donald Trump is the worst presidential candidate ever. I mean, he is just a billionaire reality TV star that has no experience in politics. He is not the right man for the job. You know who would make a great president? Oprah Winfrey. She is literally none of those things and plus she is a black woman so, obviously it’s her time, right? 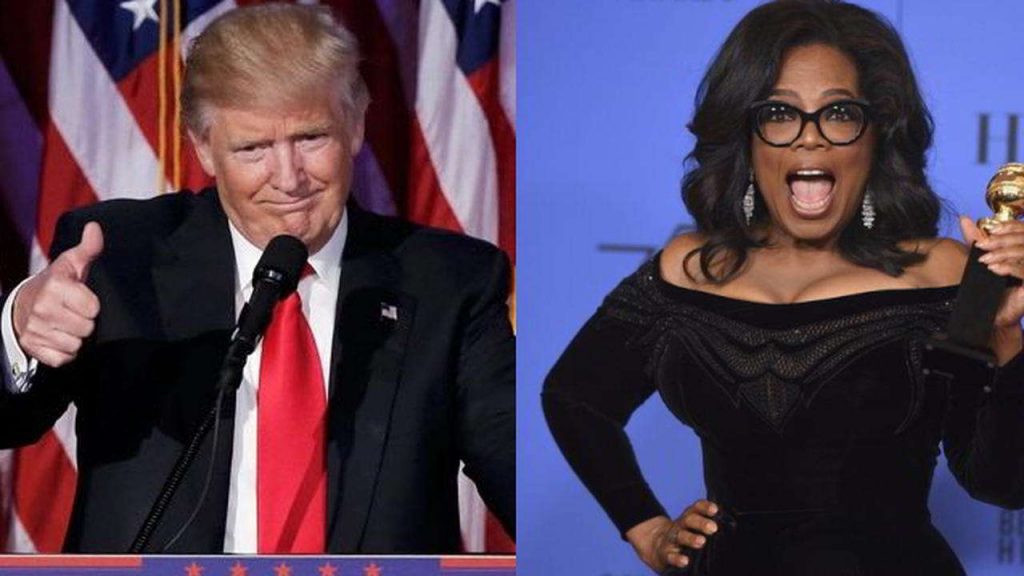 If you are living on this good green earth and have to interact with people who think this way, I am deeply sorry for your struggle. The mental gymnastics it takes to have these two similar thoughts is astounding. It’s Orwellian double-think at its best. But sadly, this is the state of affairs in contemporary American politics. We worship the president too much and don’t care about what policies the president adheres to. We only care about how he says things and how he makes us feel rather than the substance of the words.

Every one is talking about Oprah running for president. President Trump said that he liked Oprah Winfrey and didn’t believe she would run for president in 2020 while speaking to reporters on Tuesday. “Yeah I’ll beat Oprah. Oprah would be a lot of fun,” he replied when asked his opinion on a potential Oprah candidacy.

A Rasmussen poll came out Wednesday saying 48 percent of likely U.S. voters would choose the entertainment mogul over the real estate mogul in 2020. 38 percent would choose Trump and 14 percent were undecided. So the poll is meaningless basically. We all remember the polls about Hillary vs Trump and look how that turned out.

The chatter heated up about a potential Oprah run after her identity politics laden speech at the Golden Globes on Sunday night. She was the first black woman to receive the Cecile B. DeMille award and used the opportunity to divide us based on the lamest thing possible, our skin color. Sounds like a normal Democrat to me. She also had the audacity to talk about the sexual harassment in Hollywood. Hypocrite much?[2] 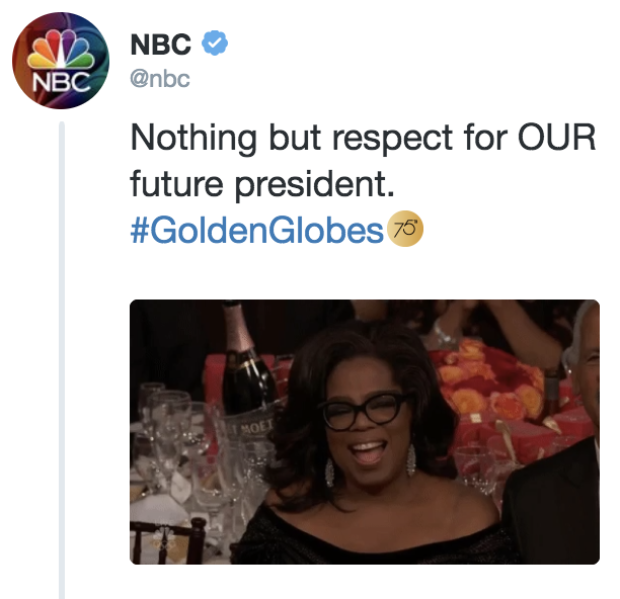 This NBC tweet was taken down shortly. Do we really need the media shilling for another Democrat that wants to divide us along racial lines?

“And yet despite that strong popularity return for the television personality, 69 percent of respondents to the March 2017 poll said she shouldn’t run for president.”

People are blowing this out of proportion. Rasmussen only surveyed 1,000 people. What a huge sample. No one has ever sampled me for anything of this sort and I would tell them to piss off if they ever did. Anonymous ballots are here to stay.