As a proud resident of Oregon, I’ll admit that with the recent resignation of our disgraced governor and now this national news, Oregon has received some severely negative press. According to Newsfix[1], an Oregon man tortured another man in a body shop and is now being charged for his brutality. 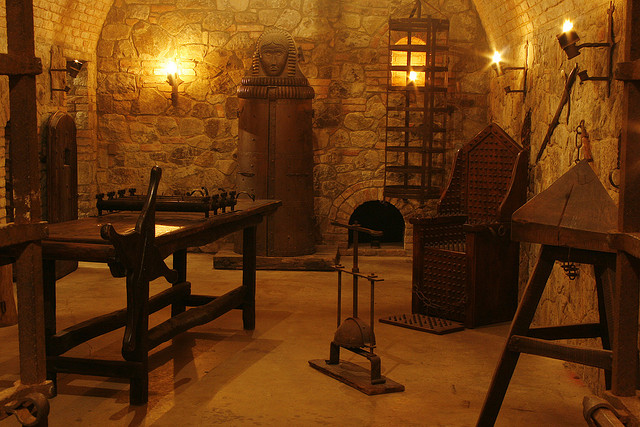 When President Obama talked last year about the so-called “enhanced interrogation” of suspected terrorists, he used the “T” word: “We tortured some folks.”

Cops say in December 2012 he kidnapped a suspected snitch, took him to the body shop, burned him with cigarettes after taping him to a chair with duct tape.

Bartol told police he also used a grinder on him, doused him with gasoline, and used a syringe to inject heroin into the man’s neck. Bartol said he thought the guy was dead when he rolled him into a blanket and dumped him behind a business. He lived, though.

Cops say two months after that, Bartol tortured and beat another man with a bat in a spray paint booth before shooting him. twice. He also barely survived.

Bartol has been in and out of jail over the years, even prison where the gang member is charged with murdering another inmate. Bartol’s attorney entered a plea of not guilty on the torture charges that give a whole new meaning to the term “body shop.”