Outrage After Bill Clinton Says THIS About Obama

Recently in a speech Bill Clinton gave for his wife[1], he was decided to make her look good, by tearing Obama down. Now, Hillary is scrambling to put the pieces back together…by saying he was referring to republicans…not Obama. Sure, he was… 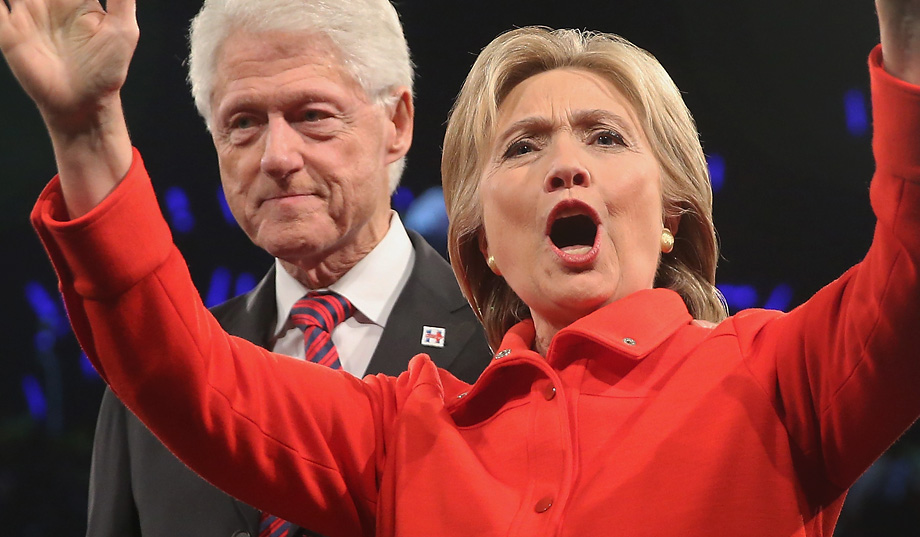 “But if you believe we can all rise together, if you believe we’ve finally come to the point where we can put the awful legacy of the last eight years behind us and the 7 years before that when we were practicing trickle-down economics and no regulation in Washington, which is what caused the crash, then you should vote for her,” Clinton said.

Hillary Clinton campaign press secretary Brian Fallon sought to clarify early Tuesday that the former president was referring to Republican obstruction of Obama when he used the term “awful.”

“Sanders is only Dem in race who actually attacks @POTUS,” Fallon wrote, retweeting a report from The Hill in which Sanders criticized Bill Clinton for his comments regarding Obama.

Bill Clinton’s spokeswoman – who is apparently not senile, also tried to defend her boss’s comments.

“When Republicans controlled the White House, their trickle-down approach drove our economy to the brink of a collapse,” Angela Urena said. “After President Obama was elected, Republicans made it their number one goal to block him at every turn. That unprecedented obstruction these last eight years is their legacy, and the American people should reject it by electing Hillary Clinton to build on President Obama’s success so we can all grow and succeed together.”

Another guy who has lost his mind… Job growth?