Outrage After People Notice THIS During Melania Trump’s Speech [VIDEO]

Oh my. Last night Melania Trump gave an opening night speech for the Republican National Convention and it was initially viewed as a real success. Then the critics broke out of the woodworks and things got really messy…[1] 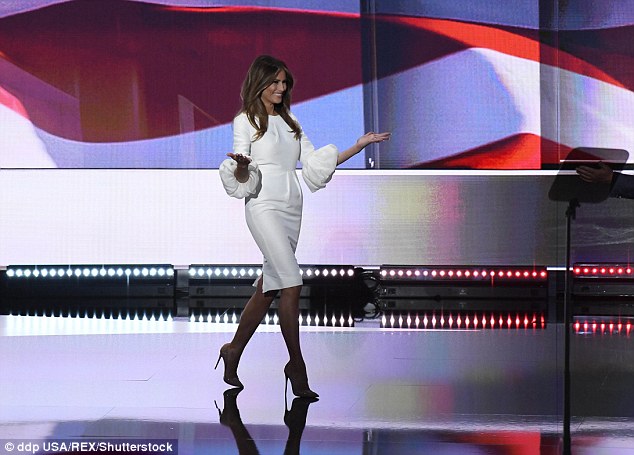 After the similarities were pointed out, the Trump campaign admitted that the aspiring first lady’s talk ‘included fragments that reflected her own thinking’ but came from somewhere else.

By the time the seemingly-plagiarized portions of the speech became headline news Tuesday morning, Trump’s campaign chairman furiously denied that any of the remarks were intentionally lifted from the now-first lady’s speech – turning the focus instead on Hillary Clinton.

‘There’s no cribbing of Michelle Obama’s speech,’ Paul Manafort told CNN. ‘These were common words and values that she cares about her family, and things like that.’

‘I mean, she was speaking in front of 35 million people last night, she knew that. To think that she would be cribbing Michelle Obama’s words is crazy. … This is, once again, an example of when a woman threatens Hillary Clinton, how she seeks out to demean her and take her down. It’s not going to work.’

Manafort was even more dismissive on CBS, saying that ‘there are not that many similarities’ between the two speeches.

‘There are a couple of phrases.’

‘It’s basically three places in the speech, and there are fragments of words,’ he insisted. ‘She spoke in front of 35 million people yesterday. She knew what she was doing. And she would never crib from another speech without acknowledging she was quoting somebody else.’

Asked if heads would roll over the embarrassing result, Manafort indicated no one would be sacked.

‘I don’t think Donald Trump feels that there is anything to fire about,’ he said.

The campaign doesn’t appear to be leaning in the direction of naming the aide responsible for putting words in Melania’s speech that originated with a Michelle Obama speechwriter.

Asked if he could make a courtroom case for plagiarism, the former federal prosecutor shot back: ‘Not when 93 per cent of the speech is completely different than Michelle Obama’s speech. And they expressed some common thoughts.’

Christie brushed off the controversy, saying that ‘the worst day of a convention is the first day because everyone’s building up to it and everybody gets breathless, both the delegates and the media, about something to cover, a controversy to talk about.’

‘I think after tonight we won’t be talking about this. We’ll move on to … whatever comes up tonight.’