Outrage After THIS Is Revealed About Michelle Obama’s Morocco Vacation

What the life! Dining with Princesses, wearing more money than most people see in a paycheck, and feasting on a lavish meal fit for Queens! Then…there’s the hotel that they stayed in, and the cost it WAY too much to overlook[1]. Couldn’t they just slumber party it up in an extra room in the palace!? 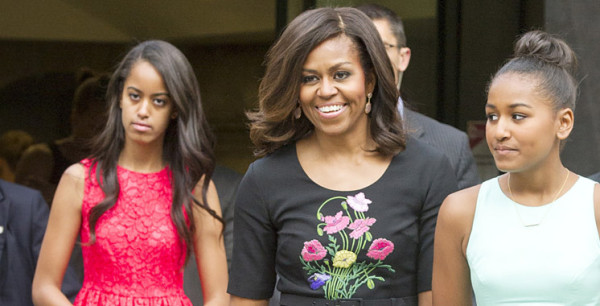 Mrs. Obama traveled to the North African country with her daughters Sasha and Malia and mother Marian Robinson to promote her education initiative “Let Girls Learn.” She arrived in Morocco wearing a $1,750 designer dress and ended the night with a “lavish dinner” with Princess Lalla Salma and actress Meryl Streep.

Rooms were booked at three five-star hotels for the 24-hour visit, according to contracts signed off by the State Department.

Two contracts were signed for rooms at the Royal Mansour worth $50,000 and $10,073. The five-star hotel has a mother-daughter spa suite, promises its guests “wonder, luxury and unparalleled services,” and offers a “spiritual spa journey.”

Additional rooms were booked at the Pearl Marrakech Hotel, costing $24,934.

Renting a car and driver for Mrs. Obama’s visit cost $6,966, and other car service for Secret Service, the White House Military Office, and the White House Communications Agency totaled $122,173. In all, the contracts totaled $612,322.

Aside from hotel and motorcade costs, the Daily Mail estimates that flights for the trip totaled $300,000.

Get them out of the White House… damn it.