Of course you would sue the people who saved your life. Because this is America, right? Too bad you’re not an American. 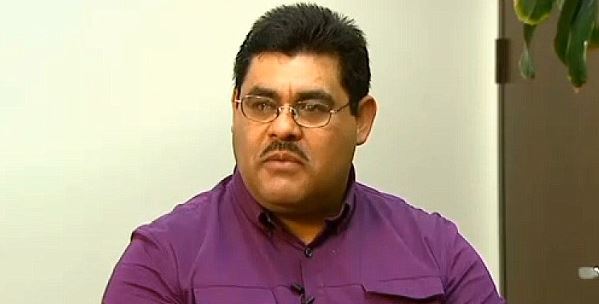 In February we profiled an illegal alien felon who had made nearly $200,000 by mass-filing frivolous lawsuits against L.A. restaurants.

But that was just about a creep trying to game the system. This is truly disgusting.

An illegal alien in Colorado is suing several first responders who took part in rescuing him last September, when he became trapped in his car during a flash flood.

They saved Roy Ortiz’ life — and he is suing them, for not getting him out fast enough.

On Sept. 12, Ortiz’s vehicle was washed off the road, and the rushing waters flipped the car upside down. It took North Metro Fire Rescue about two hours to bring Ortiz to safety. Ortiz now claims that rescuers were negligent in their duty because they should have extracted him from his car faster.

It is disgraceful, and he’s doing it all for money. Said Ortiz:

Well, I’m happy. I’m really happy to be alive…But I’m looking for some help with my bills. I don’t have the money to pay.”

So an illegal alien, who is breaking our laws, who like millions of illegals may well have engaged in social security and document fraud to obtain unlawful employment….now wants MORE from us?

All he should get is deported.

His lawyer, Ed Ferszt, told 7 News Denver:
Of course he was thankful because those divers did have a major role to play in saving his life that day. That doesn’t negate the fact that a mistake may have been made. I can understand why there’s a lot of furor over people thinking that he’s biting the hand that feeds. Does that mean that officers of North Metro Fire are above reproach?”

Ortiz, who claims he is still suffering from shoulder pain, is seeking $500,000 in damages

Look, this idiot should not even be allowed to file such lawsuits in America. He isn’t even here legally. maybe if you weren’t in America illegally, you would not have been in a situation where you needed medical care. Speaking of which, Mexico has free medical care. Maybe its time to go home, Buh-bye, greedy Oritz.