Owner Wanted Dog to Die with Her – Dog Gets Christmas Reprieve

It is a Christmas miracle for a German shepherd whose owner nearly gave it a death sentence when she passed away. Bela was going to be put down because when his owner, Connie Ley, died, she put in her will that Bela probably needed to die too so they could have their ashes mingled together. This story will touch even the coldest Grinch’s heart: [1] 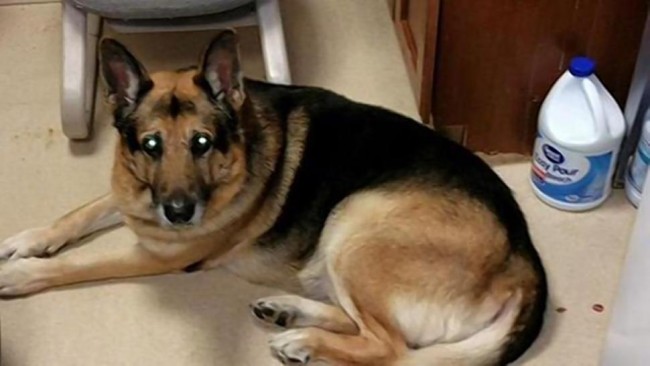 There were only two outs from this posthumous death sentence for Bela, a healthy dog. First, Ley’s friend could take him. Or second, Best Friends Animal Society in Utah could take him in. Best Friends is a no-kill sanctuary with rolling hills and green trees and happy animals.

The problem was that Ley’s friend didn’t want Bela, and Best Friends knew nothing about him. And in Indiana, a dog is property, not family. Bela’s days were numbered.

But then word got out and people went a little bit off the rails saying Bela must be saved. Tuesday, a Christmas Eve miracle for Bela. Best Friends has learned more about this German shepherd and they are going to take him in.

The organization released a statement Wednesday afternoon: “Merry Christmas Bela! We are thrilled to announce that Bela has been released to Best Friends Animal Society and we are currently arranging his transport to our sanctuary in Kanab, Utah where he will celebrate a warm, happy holiday with lots of treats, toys and love.”

Now Best Friends is figuring out a way to drive the dog from a shelter in Indiana to Utah.

Ley wanted Bela euthanized because he reportedly has a history of intermittent aggression.

The estate attorney, along with Ley’s friend, agreed to cede custody of the dog after Best Friends Animal Society made its sales pitch, the release stated.

How heartwarming is this? This sweet pup was saved by caring people and raising awareness of the situation. May you have many more Christmases to come, Bela. Merry Christmas, Bela!