Oxford University researchers, who were studying Cecil the Lion, are outraged that he was illegally killed.  Here’s the rub though, those researchers? They are funded by trophy hunters[1]… 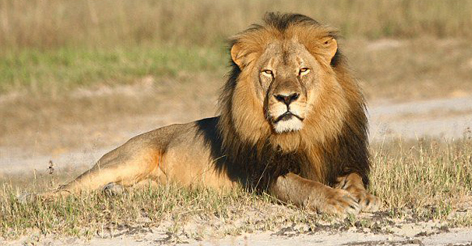 Oxford University researchers studying Cecil the lion before he was shot illegally were being funded by pro-hunting companies, it emerged yesterday.

The university’s Wildlife Conservation Research Unit (WildCRU) had been tracking the famous lion’s movements by satellite since 2008.

Its founder, Professor David Macdonald, said he was ‘horrified’ after Cecil was shot dead in Zimbabwe on July 1.

But WildCRU’s research is partially funded by the conservation group Panthera and the Dallas Safari Club, which support sustainable trophy hunting.

So…they are upset that someone killed Cecil before they got a chance too? What am I missing here?